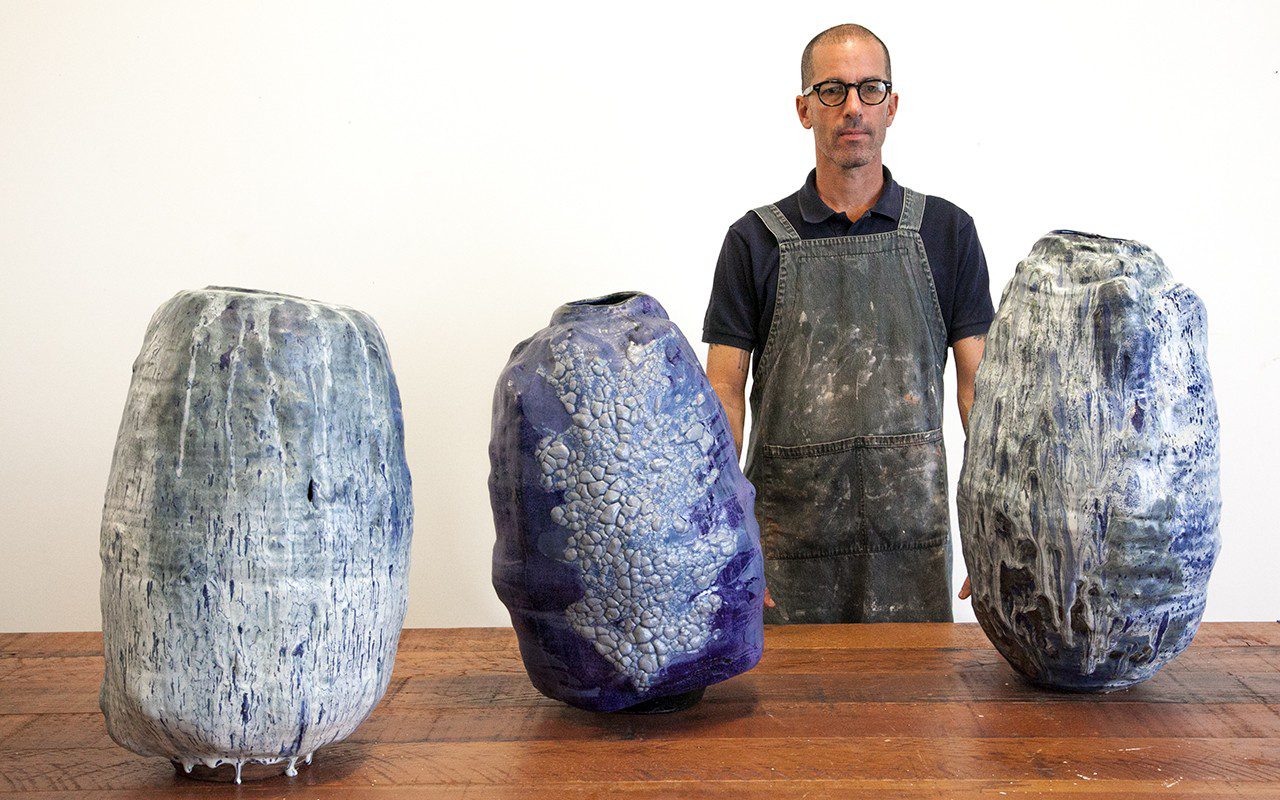 Adam Silverman is a potter living and working in Los Angeles. After initially studying and practising as an architect, in the early 1990’s he was one of the founders of cult skate wear company X-Large. Since 2002 he has been practising as a professional potter. As a keen amateur potter myself, two years ago I was inspired to write him a fan letter and was delighted to receive an email from him inviting me to visit him at his studio, which I did in October 2016. Adam generously gave me two days of his time, showing me his studio, his work and explaining his process. This March he has his first European solo exhibition in Brussels at Pierre Marie Giraud.

Adam, how did you come to work in ceramics ?

Ceramics is something that I started as a hobby when I was a teenager, around 15 or 16. Before that I did wood turning and glass blowing. Clay stuck and I continued taking classes as a hobby throughout high school and college. In college I studied architecture, but took ceramic classes whenever I had a free period. I never studied it per se just enjoyed doing it. I didn’t know anything about making glazes or firing kilns or the history, ancient nor modern. I continued making pots as my creative outlet after college and while I began my working life in Los Angeles, first as an architect and then as a partner in a clothing company.

In about 1995 I bought a small kiln and a wheel and set up my own studio in my garage at home and the hobby grew into more of a passion and then into a fantasy life change. In 2002 I attended the summer ceramics program at Alfred University in upstate New York with the intention of studying ceramics seriously for the first time. I wanted to learn about glazing, firing, history, etc. and to see what it felt like to work on ceramics full time, 8-10 hours a day, in a serious studio context, with feedback from people who weren’t friends or family. My idea was that at the end of the summer I would decide to either commit to working professionally as a studio potter, or give up the fantasy and acknowledge clay as my hobby but not my profession. It was a great summer and I returned to Los Angeles and set up a proper studio, outside of home, got a business license and went to work as a studio potter. I gave myself one year to see if I could make a living at it. That was fall 2002, so it’s been 15 years and in many ways I feel like I’m still just getting started. 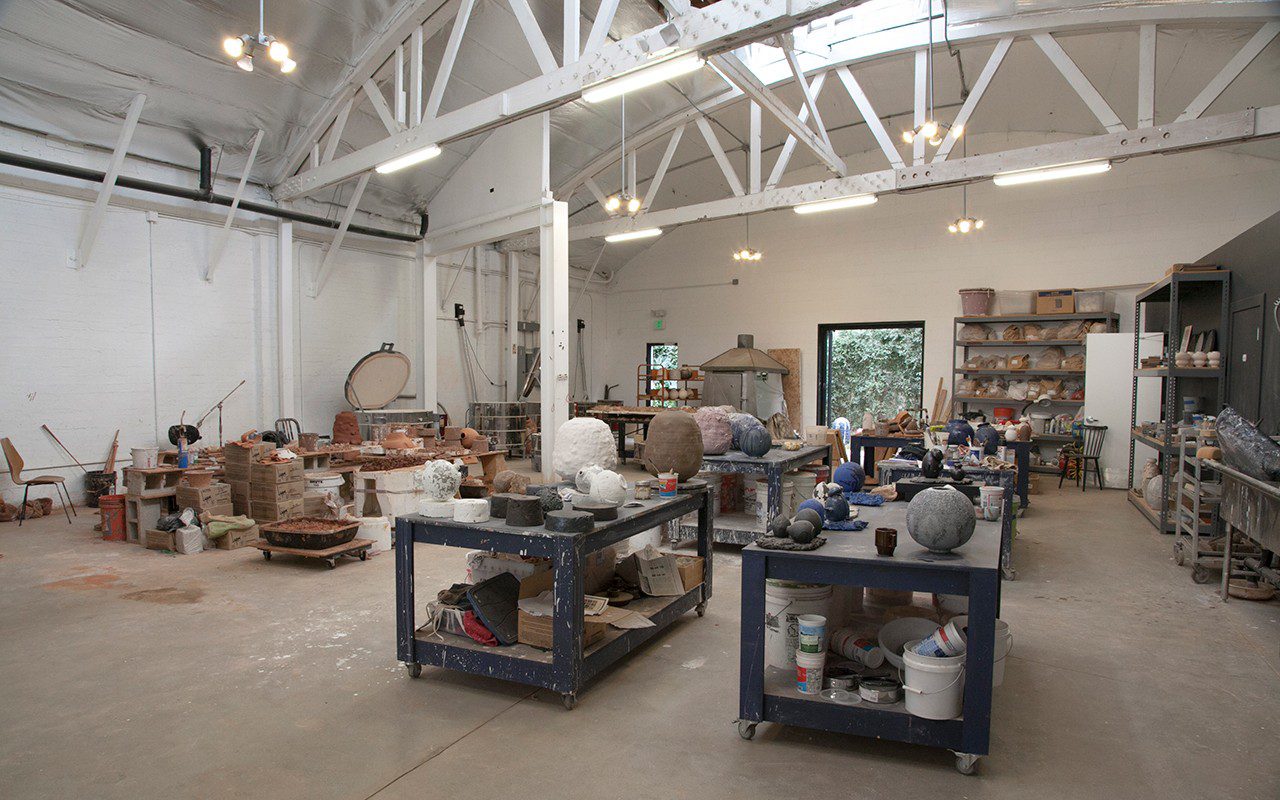 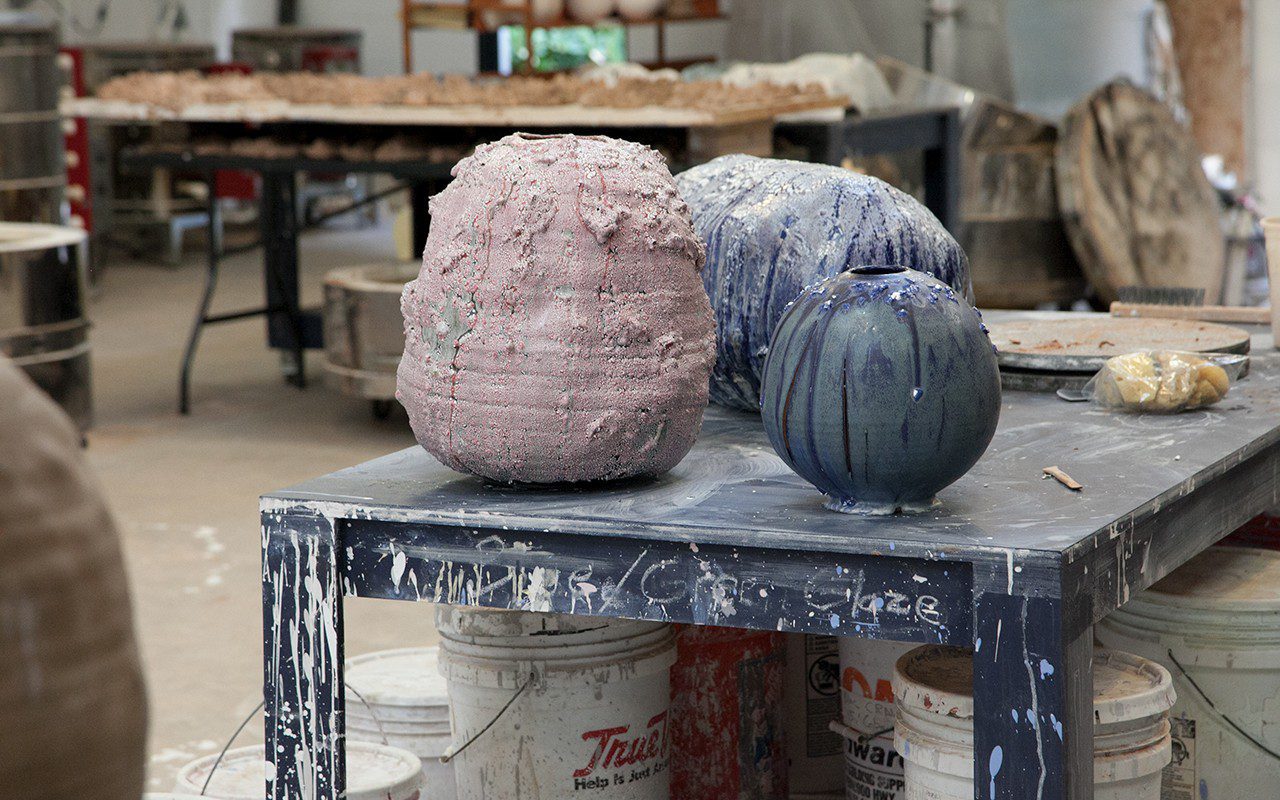 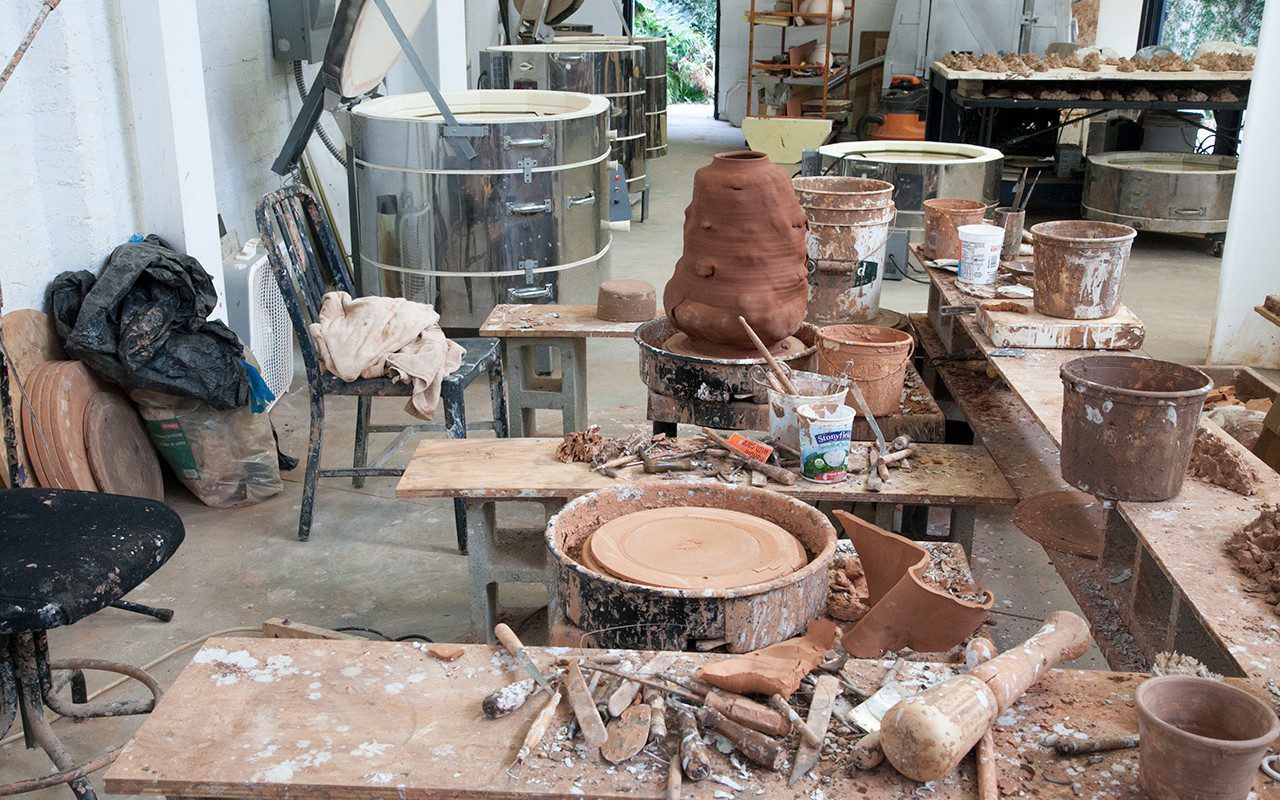 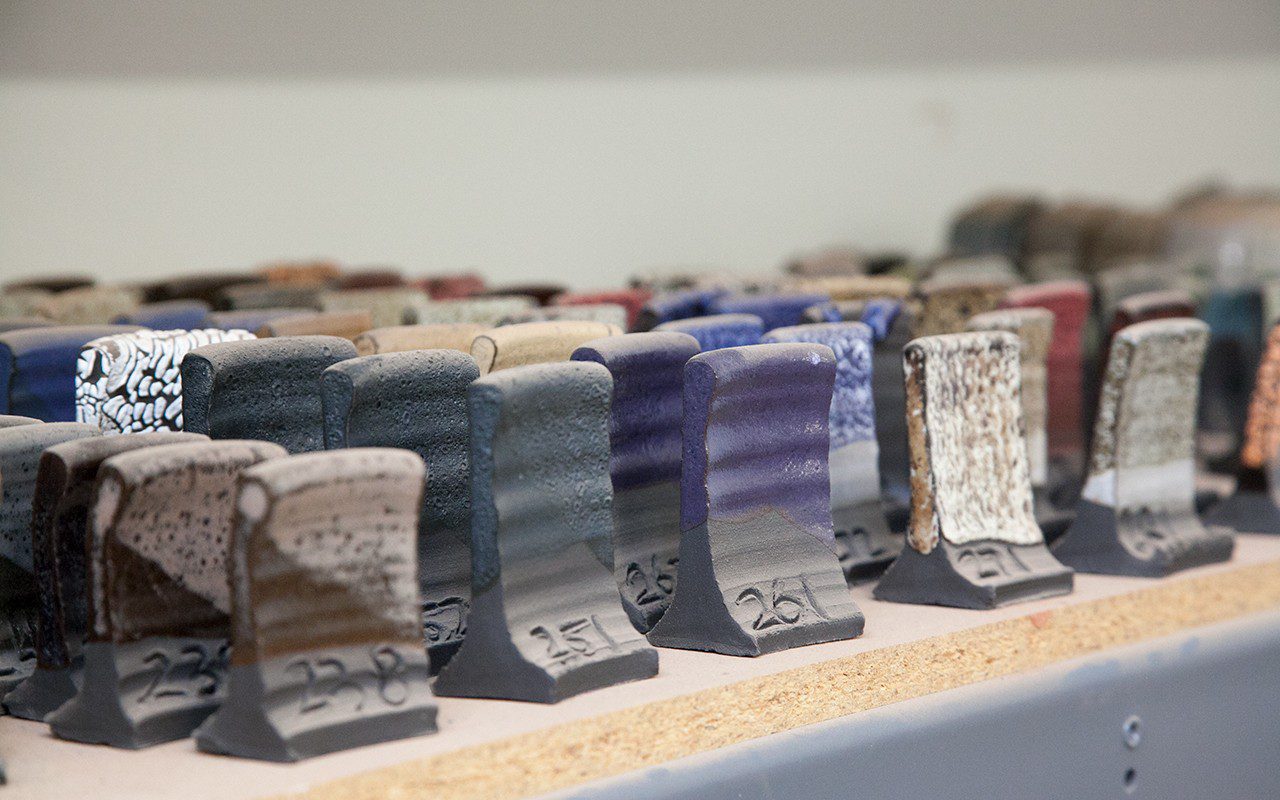 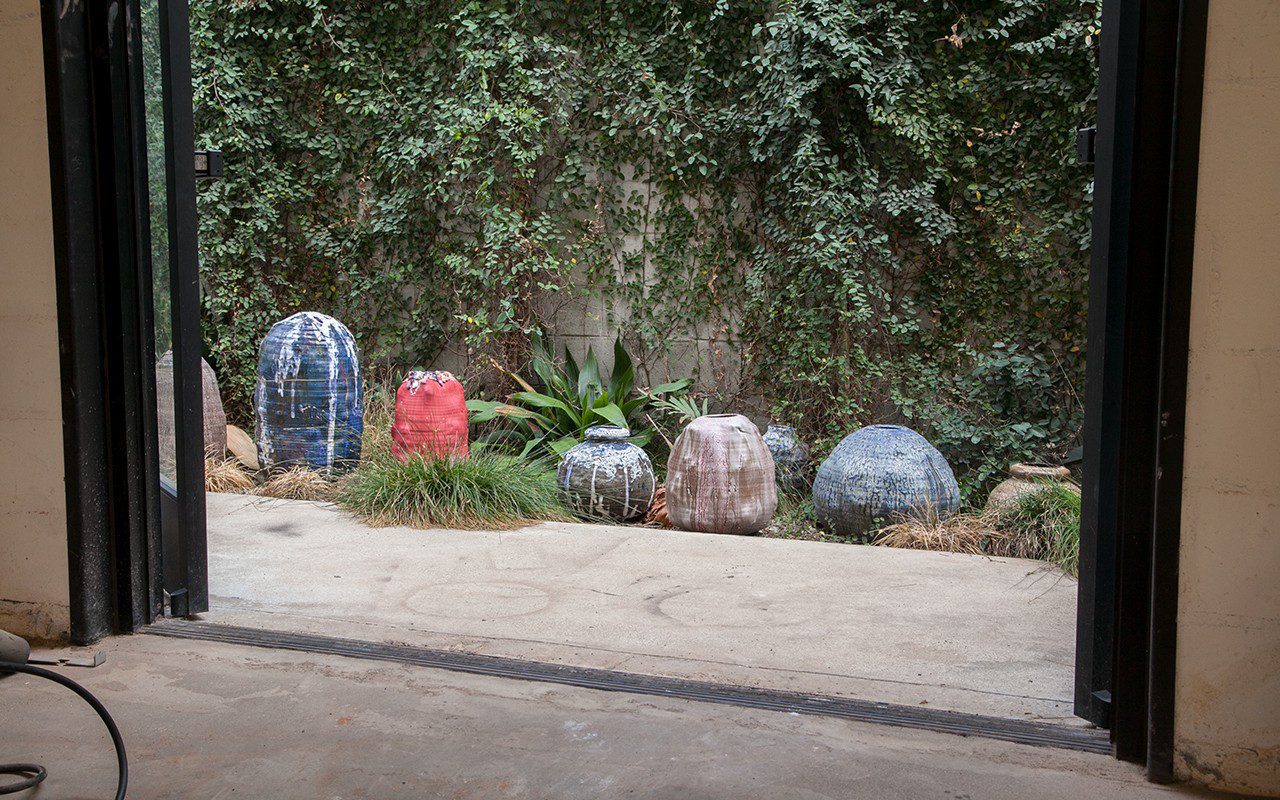 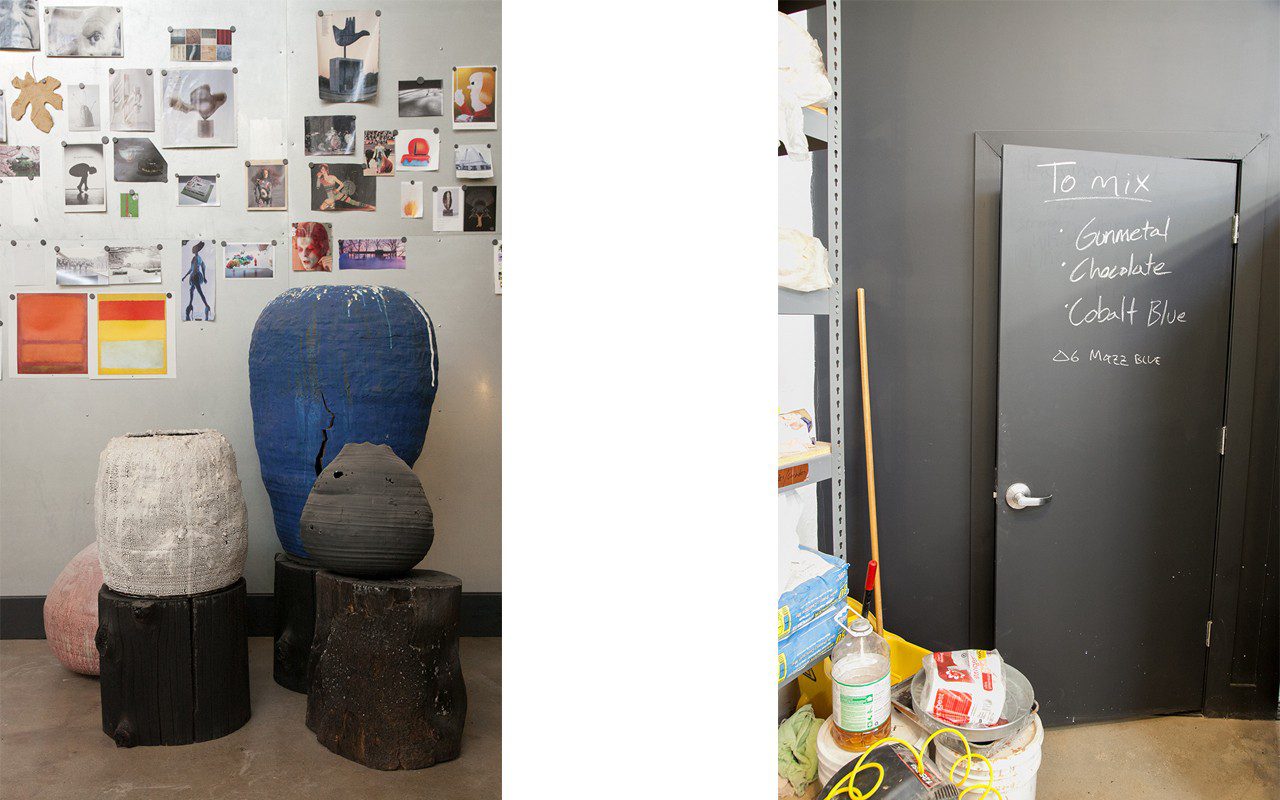 Adam’s Glendale studio in 2016. He has recently moved to a new studio in Atwater.

I’m interested in how you see the relationships between the seemingly unrelated disciplines of architecture, clothing design and production and ceramics.

Ceramics, clothing and architecture are all “functional arts” or at least can be. They are all made for and in many ways dependent upon the human body. They are all usually seen as “design” more than “art”. I moved from the hardest and most complicated (architecture) in terms of the amount of people and money needed to realize your work. Making clothing is very similar to making a building in terms of the process, but much faster and cheaper and less dangerous and less regulated. Ceramics I can and do make entirely alone. I have as much control over the process and results as I want. It is an amazing thing to come to work alone and be able to make what I want, when I want. This, in a way, is one of the reasons that I call myself an artist rather than a designer. I come to my studio and make what I want. I don’t have clients to service or problems to design solutions for. It’s not a service business that I am in. Anyway, you get my point I’m sure.

From 2008 to 2013 you worked as a studio director and production potter at Heath Ceramics, a tableware producer founded in the 1940’s with a distinctive Californian modernist aesthetic. What can you tell us about your time there ?

My time at Heath was great. I learned so many things, some about making ceramics and issues of production, some about design, some about running a growing business with a rapidly increasing number of employees and the associated complexities, and some about myself and what I wanted to be doing with my work and my life. It allowed me to work commercially and so not have to worry about money so much, while still giving me the freedom to both develop their homeware ranges with my aesthetic input while also producing more experimental work of my own. 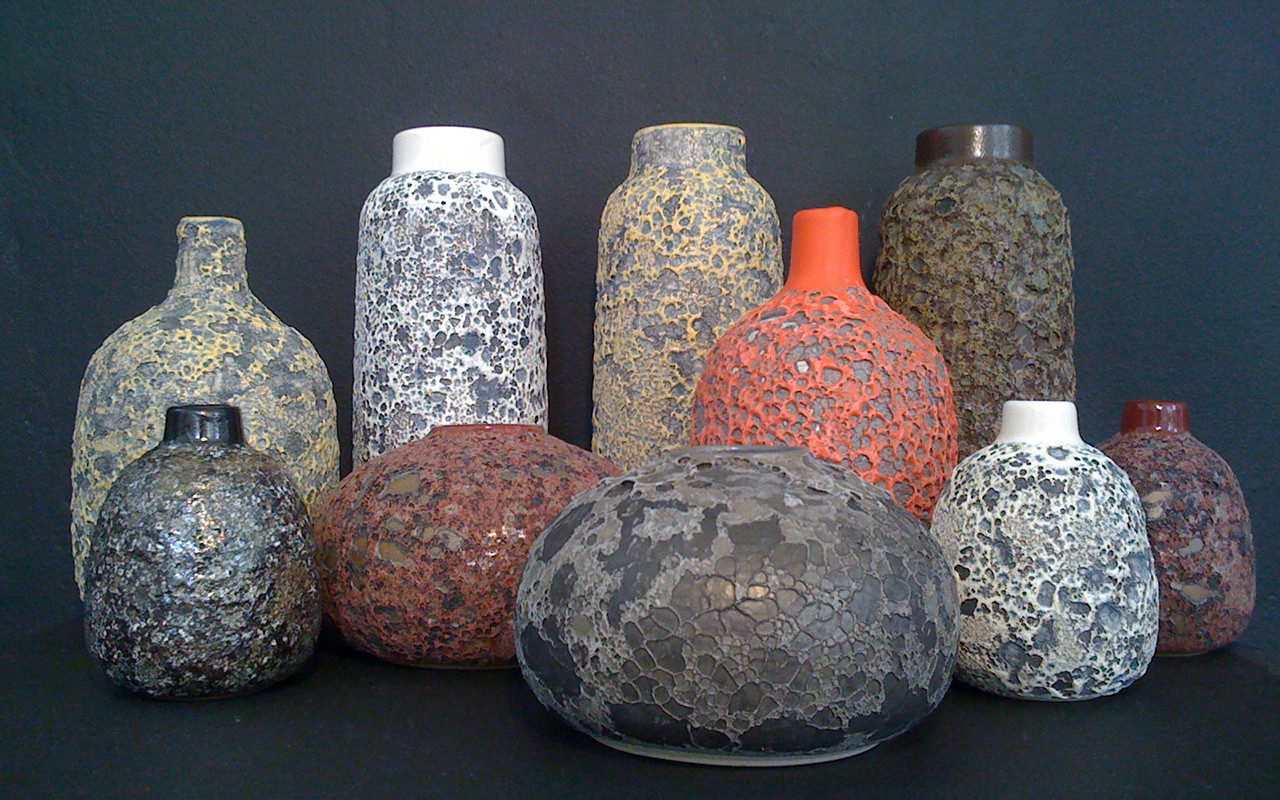 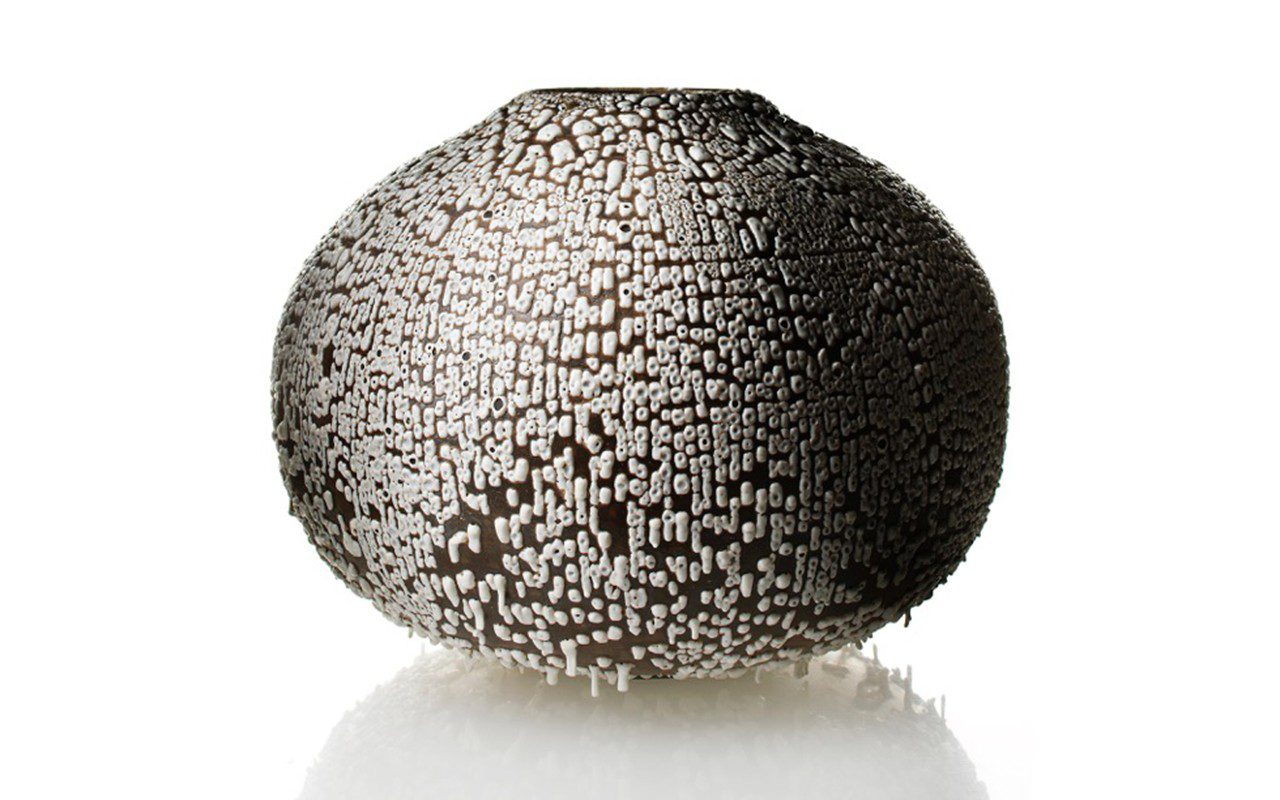 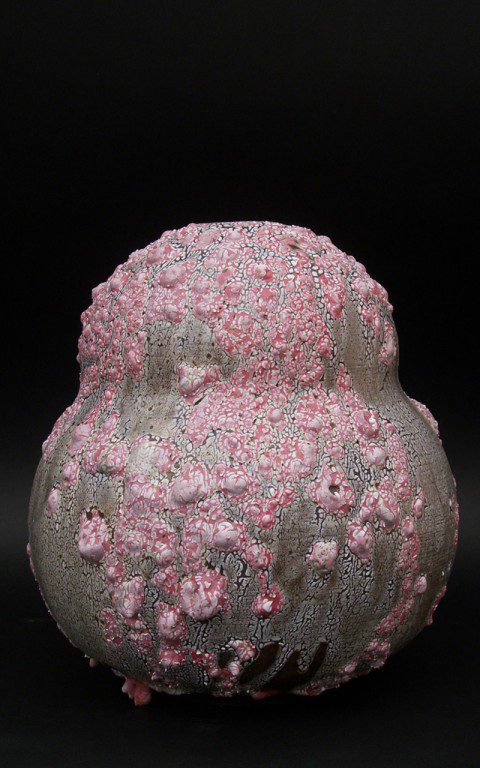 When I first encountered your work the forms you were making were controlled and symmetrical and served as canvases for extreme textural glazes. Since then your work has become monumental, less controlled, more chaotic. How has your approach changed since you first started to pursue ceramics professionally ?

I think that I have been following a path without preconceptions of what I wanted my work to look like or be like. The evolution of the approach and the results have been very organic. The one consistent is the potter’s wheel. I love working on the wheel, that’s the foundation of my studio and, in a way, my life. The work has evolved from very clean and tight, reminiscent of modern Scandinavian ceramics, and into a much looser and freer interpretation of those same basic geometries, which are dictated, or at least implied, by the forces of the spinning wheel, circles, spheres, eggs.

I can say that there really isn’t a thought process per se behind the evolution. It is more of a physical evolution. There is a lot of improvisation on the wheel. I think as I’ve aged and become more confident as an artist, things have very naturally loosened up. In the early days I would on occasion think that I was too tight and needed to loosen up. I would intentionally try to make looser work and it always felt horrible, contrived and unnatural, and the results didn’t feel like my work. I felt that they were terrible to look at and touch.

You have developed your own glazes over many years. Can you explain how you do this ?

I am a total caveman when it comes to chemistry. I put stuff together and burn it and see what happens. I’ll find materials where I am working and use them to leave marks on the work. Usually I start by thinking about just a colour or group of colours that I want to use and then start making things and see where it goes. I use glaze recipe books, the internet, and sometimes commercially available glazes as a starting point, and then start altering them through experimenting. Also I multi-fire everything, often many times, to build up layers or to try to correct something. It’s all a bit of a mess honestly, and I can’t really repeat anything, which I like. 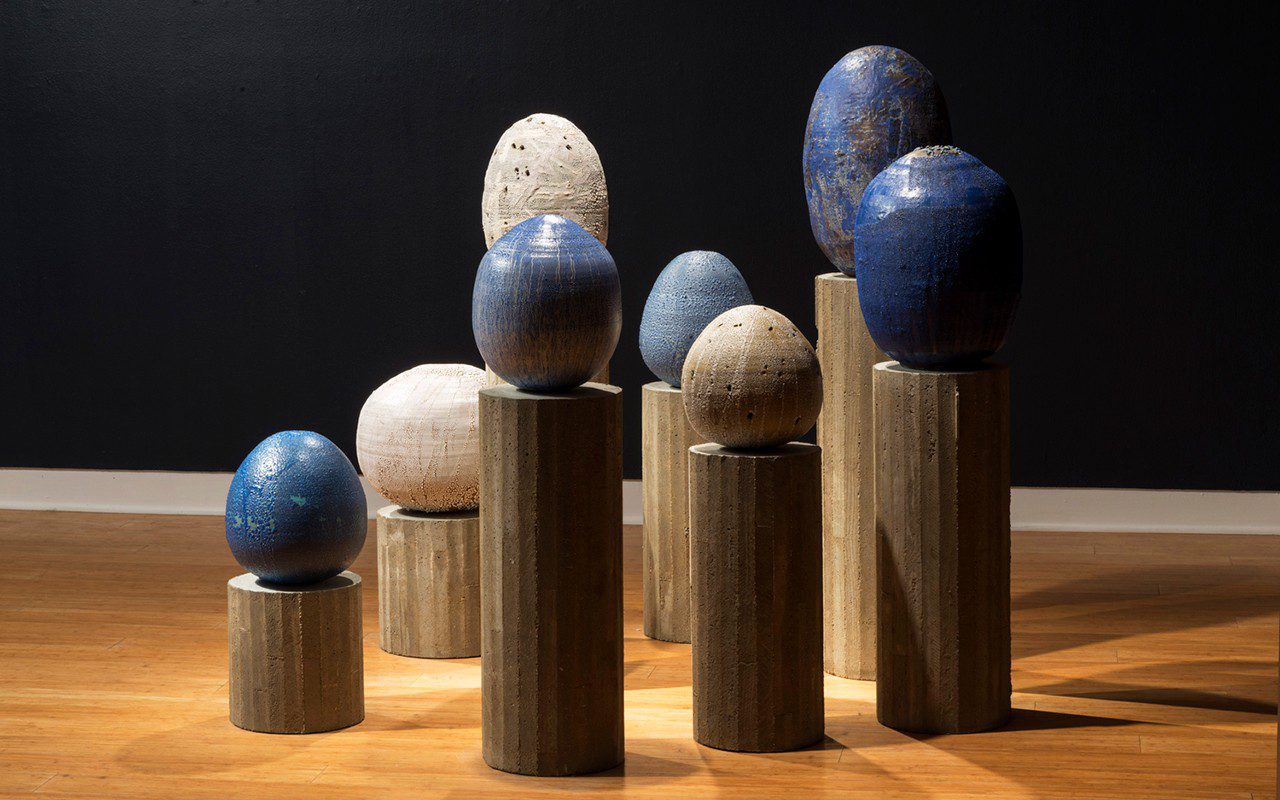 Can you tell us about your Kimbell Art Museum project in 2012, which brought you back into the orbit of some of your architectural heroes ?

This was a commission to create a body of work celebrating the 40th anniversary of the opening of the Kimbell in 1972. It is one of architect, Louis Kahn’s, finest buildings. In 2010 construction began on a new Renzo Piano designed building, while behind the original Kahn building is The Fort Worth Modern Art Museum, designed by Tadao Ando. Both architects were much influenced by Kahn.

For me as an architecture student, and then a young architect, each of these three architects were very significant, and they continue to have a bearing on my practice as a potter. So to be given this opportunity to engage with the three of them was exhilarating and terrifying. I made three large pots using only materials harvested from the site, which included items gleaned from the partial demolition of the original Kahn building, rust shed from a Richard Serra sculpture and water from the pond at the Ando building. 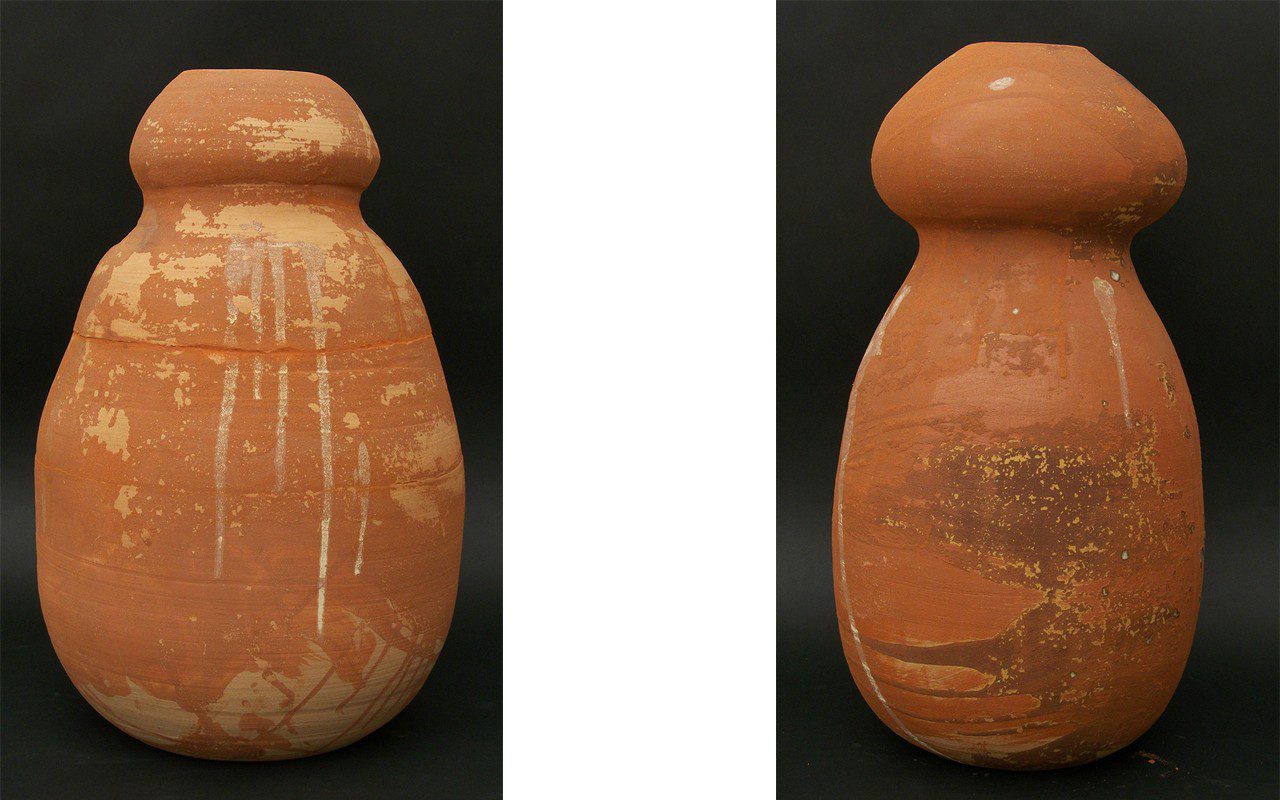 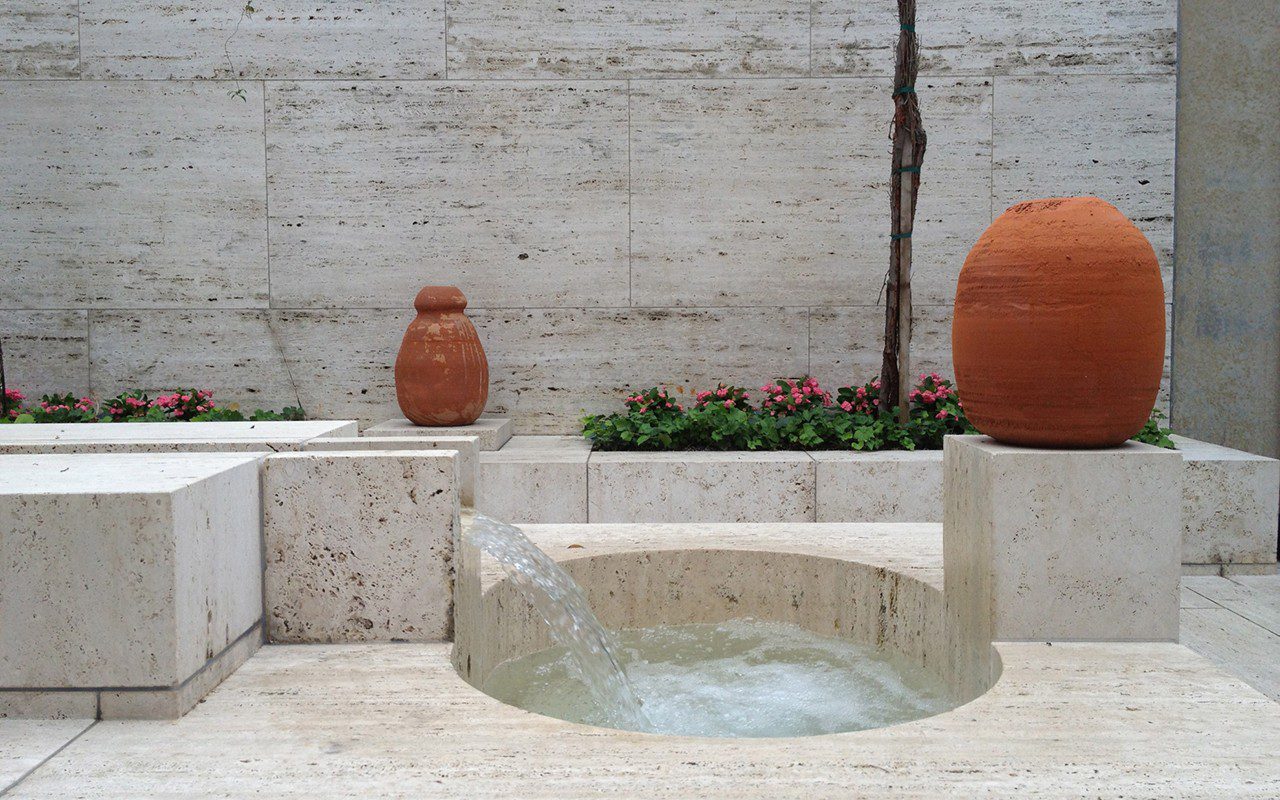 What attracted you to the Grafted project that you collaborated on with Japanese botanist Kohei Oda ?

This project was suggested and orchestrated by our mutual friend Tamotsu Yagi, who is a brilliant designer and art director. He also designed the book of the project as well as my Rizzoli book of a few years before the Grafted project.

Kohei creates ‘mutant’ cactus plants by grafting different species together. Tamotsu thought that I would be a good person to create pots for some of these plants and set us up on what was essentially an international blind date. I was reluctant to do pots for plants as I felt that I had moved past that part of my life and practice, but his work is so special and powerful that I couldn’t say no to Tamotsu. We did a few test pieces where I sent him a few pots and he sent me a few plants and the results were encouraging and exciting so we decided to do the two part show, one in Venice, California and one in Kyoto. We made a total of 100 pieces together over the course of a year. It was a pretty special project. 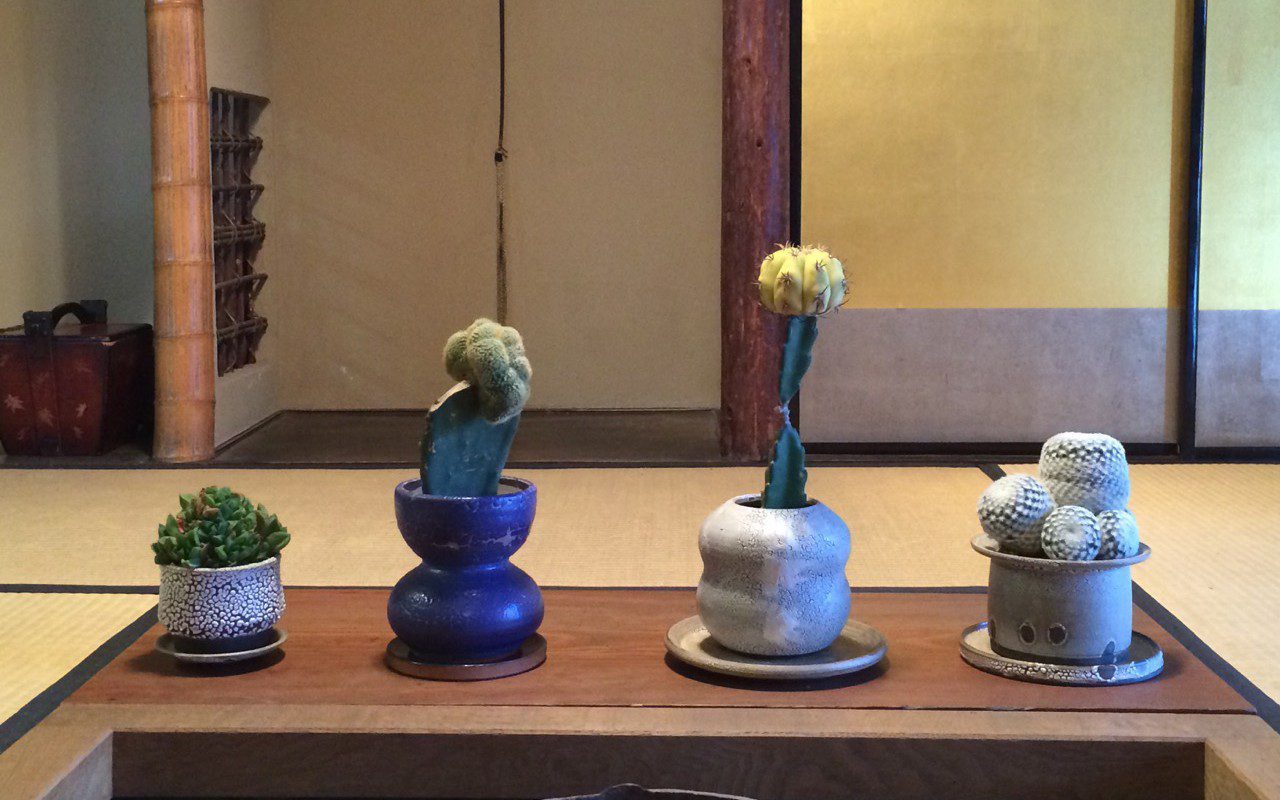 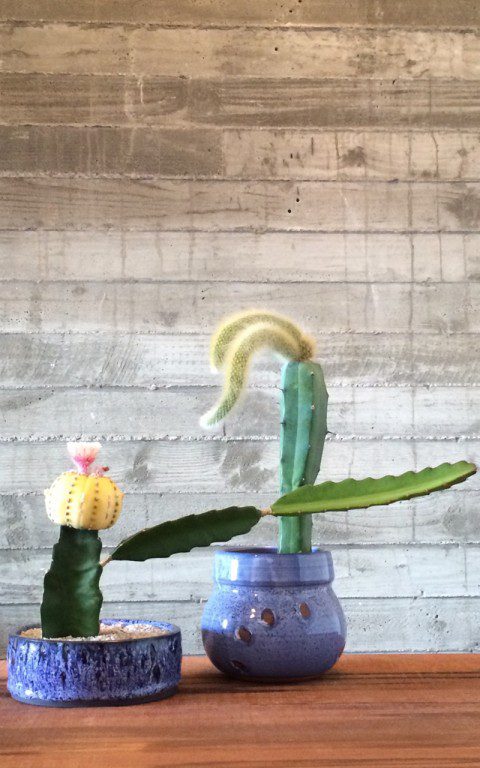 It is self-evident to say that the forms and surfaces of your pieces are organic in quality. What are your inspirations and intentions with these forms ? Your recent show at Cherry & Martin in L.A. was titled Ghosts. Can you explain why ?

In a way I prefer for the work to stand on its own without explanations of influences, intentions. I will tell you that I look a lot at painting, anything from Cy Twombly to Monet to Rothko to Philip Guston. I look a lot at architecture. And dance. But in the end none of that really matters, because I’m making pots and sculptures that must exist on their own in the world.

The title Ghosts (and, at my upcoming show at Pierre Marie Giraud, Fantômes) simply suggests the histories and lives that are inherent in the pieces. Living organisms in the clays and glazes, my hands and actions on the clay, gestures frozen. Lives stopped, but that also live on. 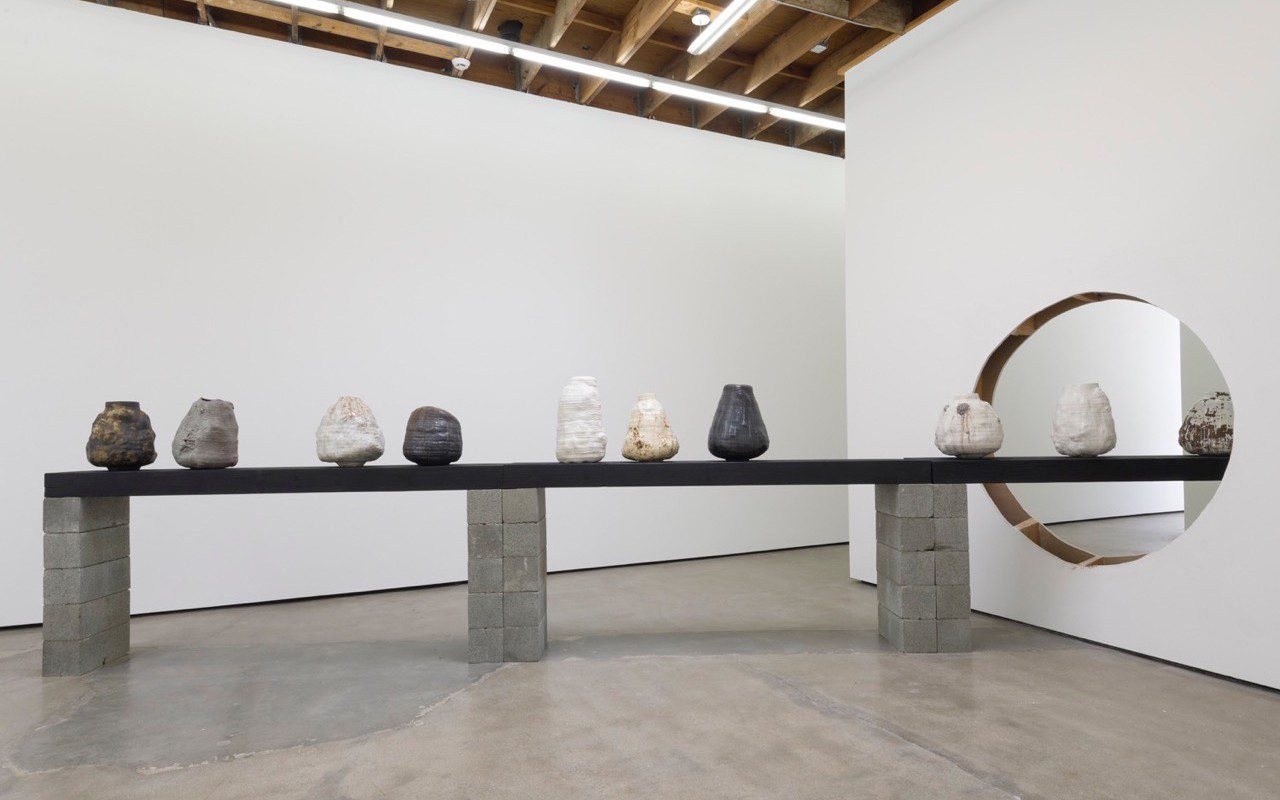 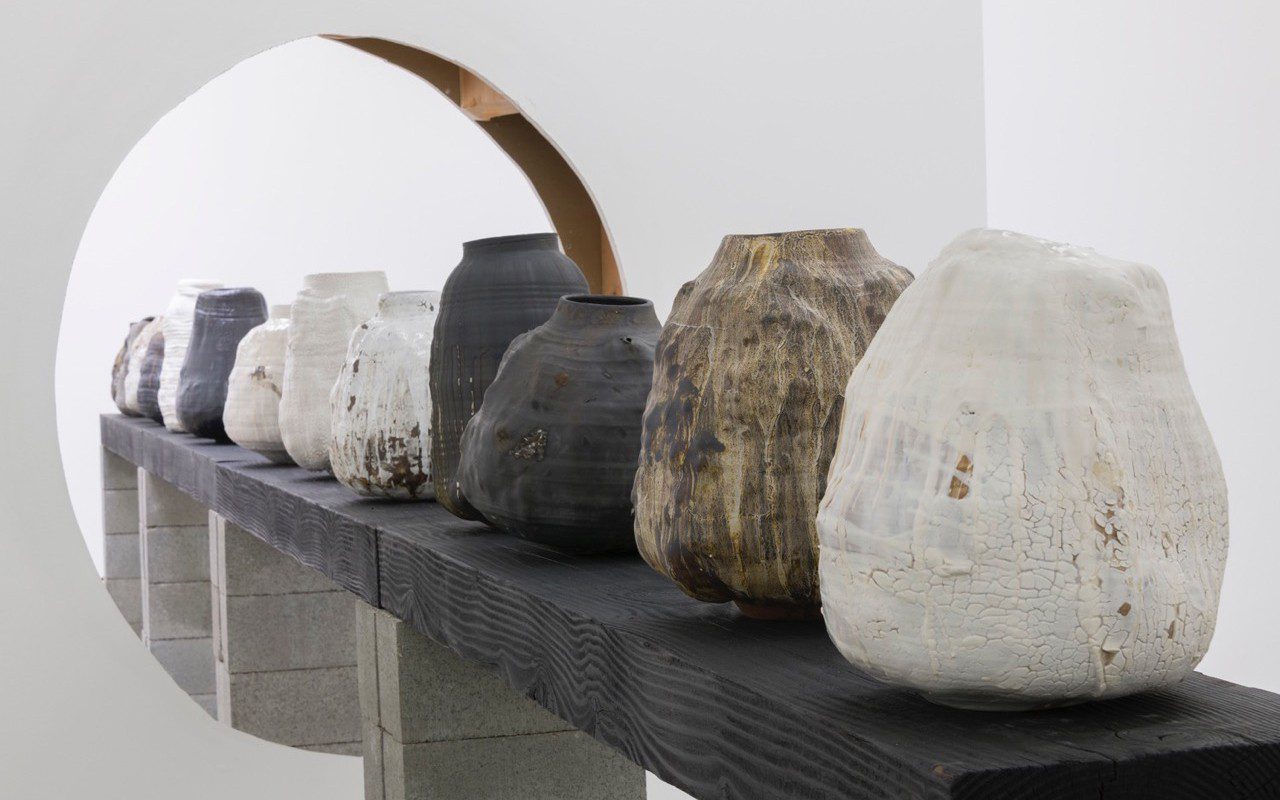 Landscapes, both urban and rural, are present in your work, and there appears to be a strong Japanese influence. What can you tell us about these ?

Yes there is a lot of this stuff in the work, and all mostly unconscious or not specifically intentional, beyond using materials harvested from my surroundings, both urban and rural. I like the idea of scars and marks coming from the place where I’m working. It’s abstract and people don’t need to know and usually don’t, but to me it feels like the place is in the work and the work is of the place and somehow it resonates and means something, even if it is unspoken and invisible.

Japan is deep in my heart and DNA. When I was in architecture school I was (and still am) a huge fan of Tadao Ando and my first trip to Japan in 1989 was specifically to look at Ando buildings. I’ve been going back there my entire adult life and have so many influences from there inside me that it’s hard to tell where it starts and ends. 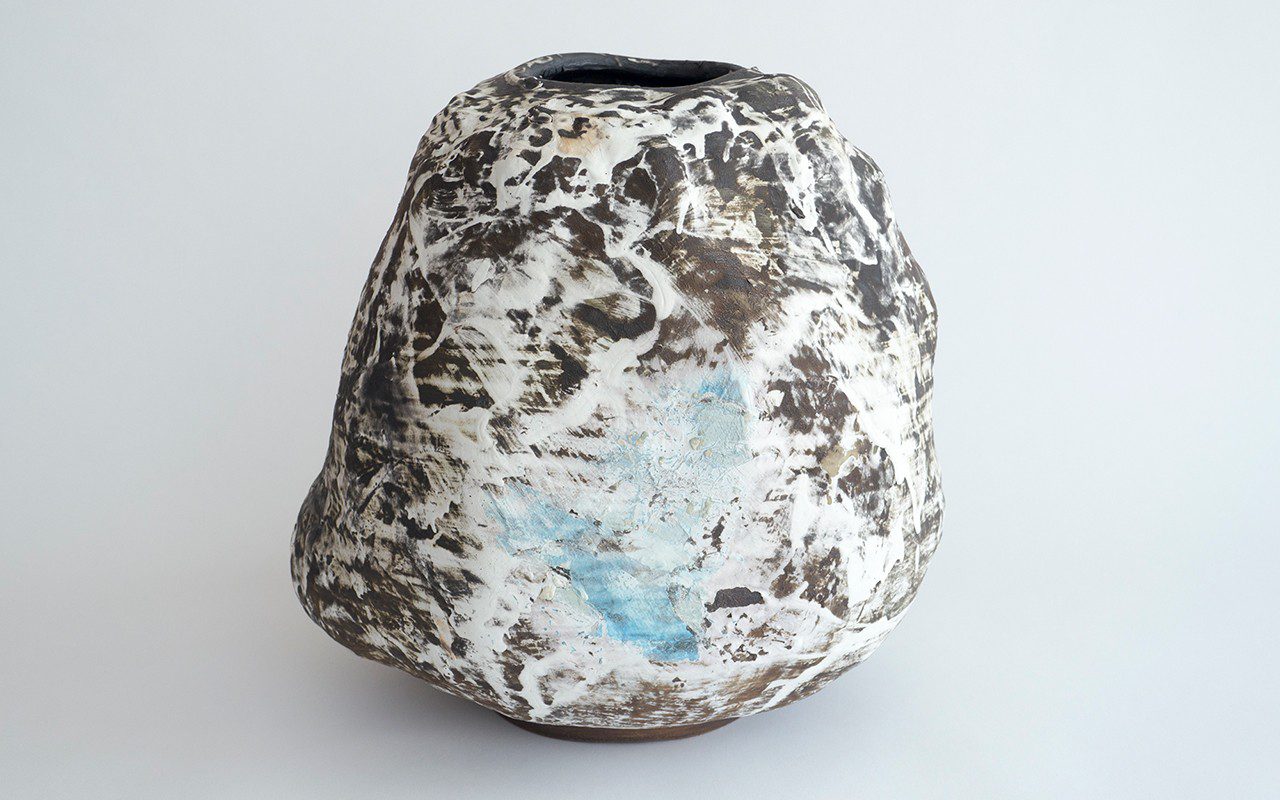 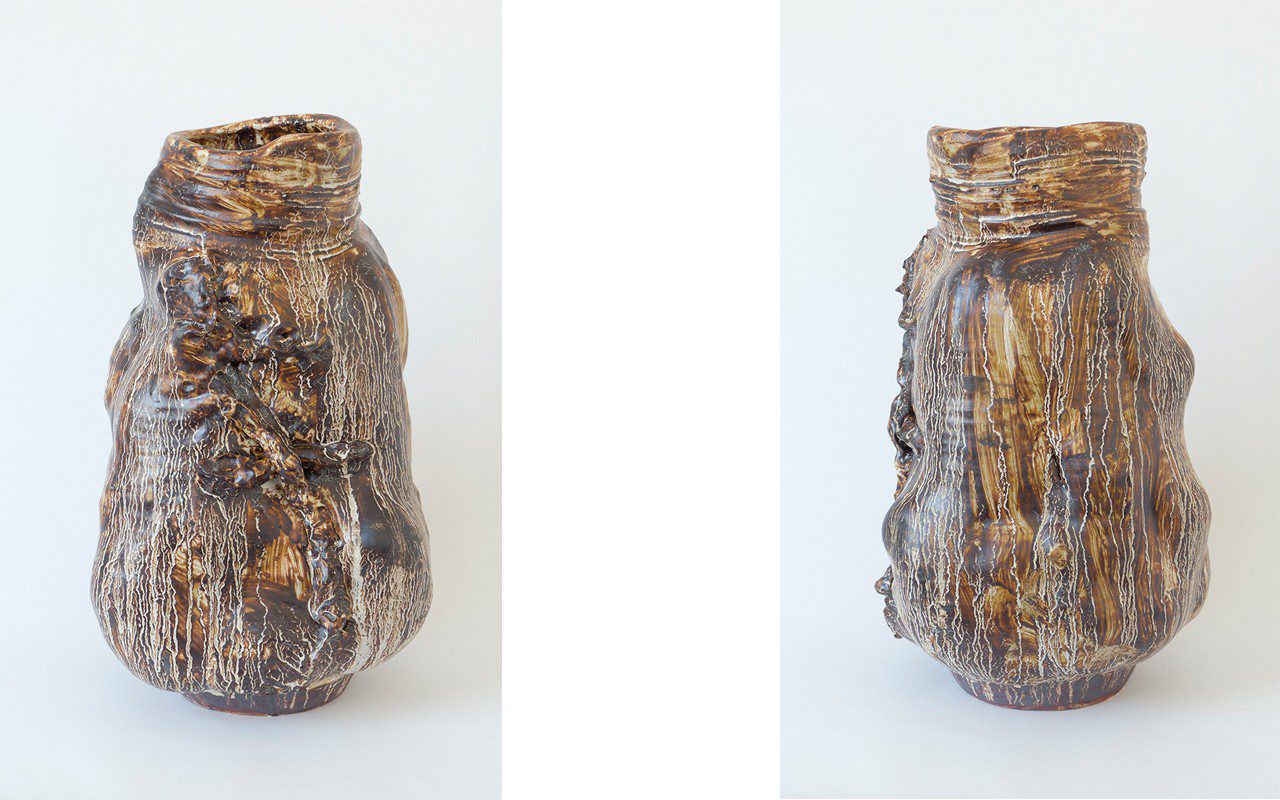 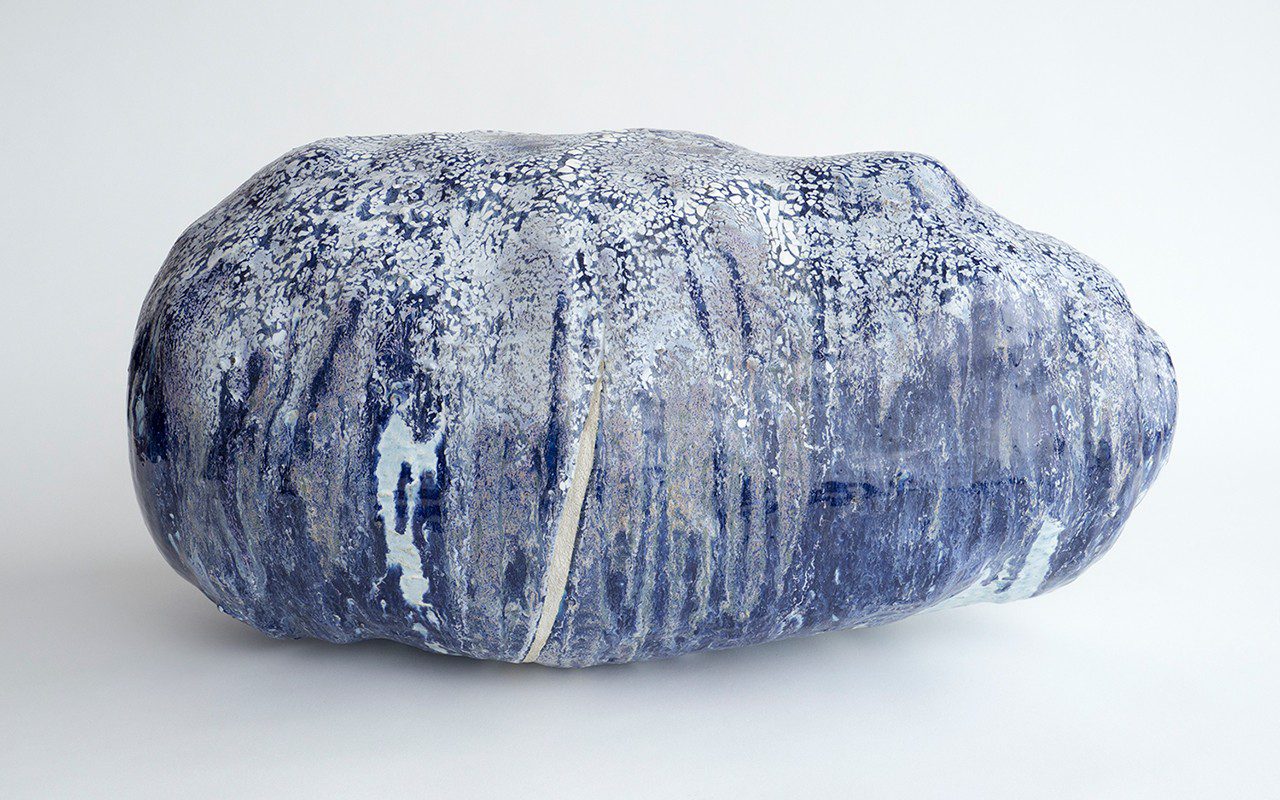 Interview and all other photographs: Huw Morgan