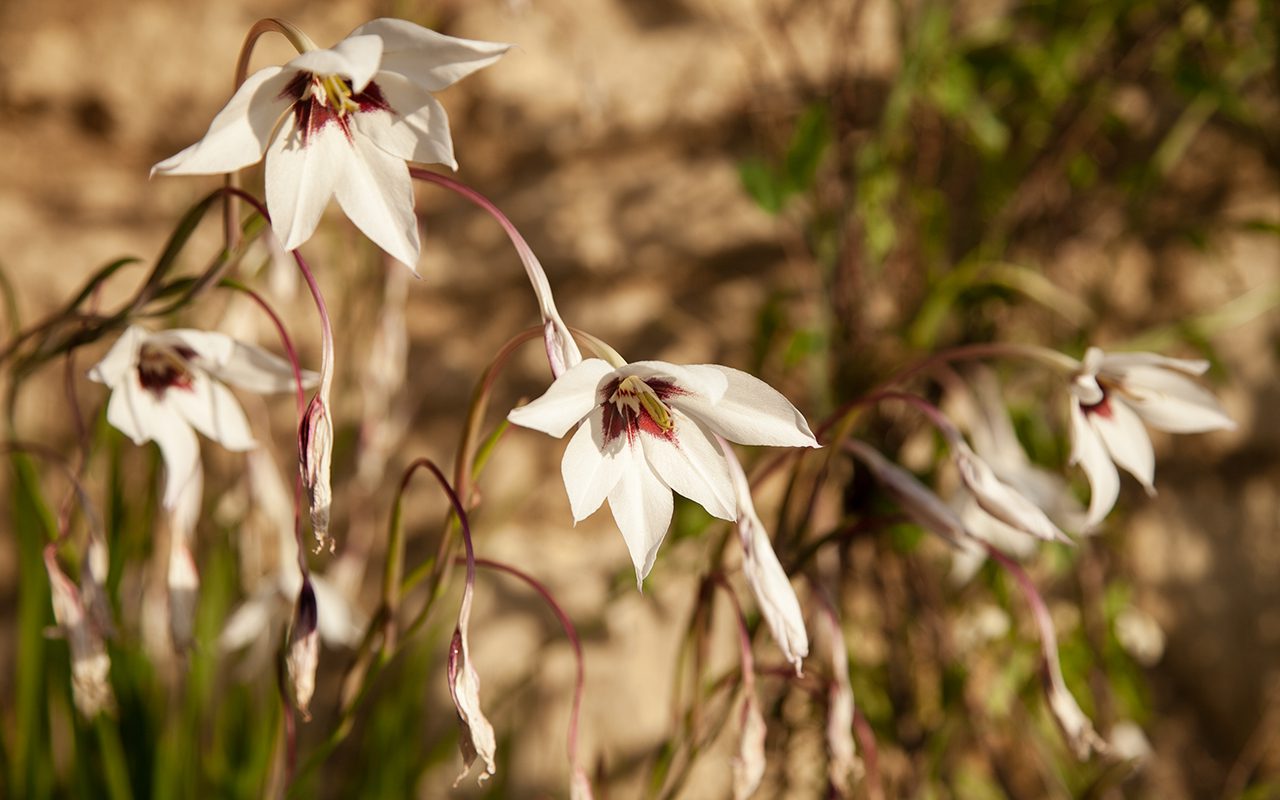 We take our summer holiday late to be in the here and now of our growing season. We have honed the dates around the harvest now the orchards are grown, to bring in the plums as August comes to a close and the pears begin to drop, which they do in sequence. ‘Beth’ first, then ‘Beurre Hardy’ and ‘Williams’, which is done by the middle of September. There is a pause then for the best of them all, ‘Doyenne du Comice’, which will hang on for a month, so we seize this window for a fortnight in search of the last of a Dodecanese summer.

The softness of September is perhaps the most beautiful time in the garden, so we depart with a little wrench. Where it feels wrong to leave the fruit to the birds, the compromise of missing a flowering is weighted differently. One year will be different from the next but my absence has never prevented me from planting with asters and autumnal grasses and a host of late season bulbs that make this time their own.

In late August the arrival of the Amaryllis belladonna, which harness stored energy from the previous winter in leaf and lie dormant for the duration of the summer, are the beginning of a wave of bulbs which emerge freshly through what is left spent by the growing season. Colchicum have the same growth habits, rising nakedly and nimbly ahead of their foliage, as do Cyclamen hederifolium, Sternbergia lutea and Nerine bowdenii, so full of new energy and such a good counterpoint to the melancholy of autumn.

We do a late cut on the meadow banks behind the house, where I have planted drifts of autumn-flowering Crocus speciosus. Cooling soil temperatures and first rains are their trigger into growth, so we cut in the last week of August to be sure not to damage their impossibly fragile shoots. Where the pears keep regular timing, the autumn-flowering crocus have been hugely variable and this year we returned to them just coming into their prime, where last year they were already on their last run. I have kept the white form separate to enjoy their purity and the contrast of yolky stamens. This is their fifth year in the free-draining gravel of the drive and though I have not yet seen evidence of seeding, the plants are doing well and each year there are more. Most autumn-blooming bulbs have foliage that is winter green and finding a place where the low sun hits the ground helps to replenish their energies and being Turkish, they also appreciate the free-draining position.

The expectation of late bloomers is welcome as the season loses momentum and the Gladiolus murielae (main image) had not long broken bud when we left for Greece in mid-September. I grow them in pots by the cold frames to bring up to the house when they are at their zenith of tapering leaf and you can see the flowering growth nearing the point where it emerges from the pleated foliage. Everything about the growth is vertical except for the flowers which hang in the space on shepherd’s crook stems just above the leaves. We put the pot in the lea of the house to harbour the perfume, which is sweet and heady like frangipani.

The Victorians grew the Abyssinian gladiolus for display in the house or cool conservatory and though you can plant them in the ground their chances of survival in a wet, British winter are slim. Kept in the pot and moved into the frost free barn where they are not given water, I have found them easy to keep. That said, growth is so late in the spring that you begin to wonder if they have failed or been eaten by mice. Though the books recommend buying new bulbs, division in April when repotting the dahlias is enough to refresh the plants. Keep only the largest corms and replant about a dozen to a twelve inch pot and bring them into growth slowly by not overwatering until you see signs of life. This tends to be a task that is always at the bottom of the list of the many tasks at the beginning of the growing season, but by the very end, when we return from Greece to find the plants still resplendent, it is time you are happy to have found.