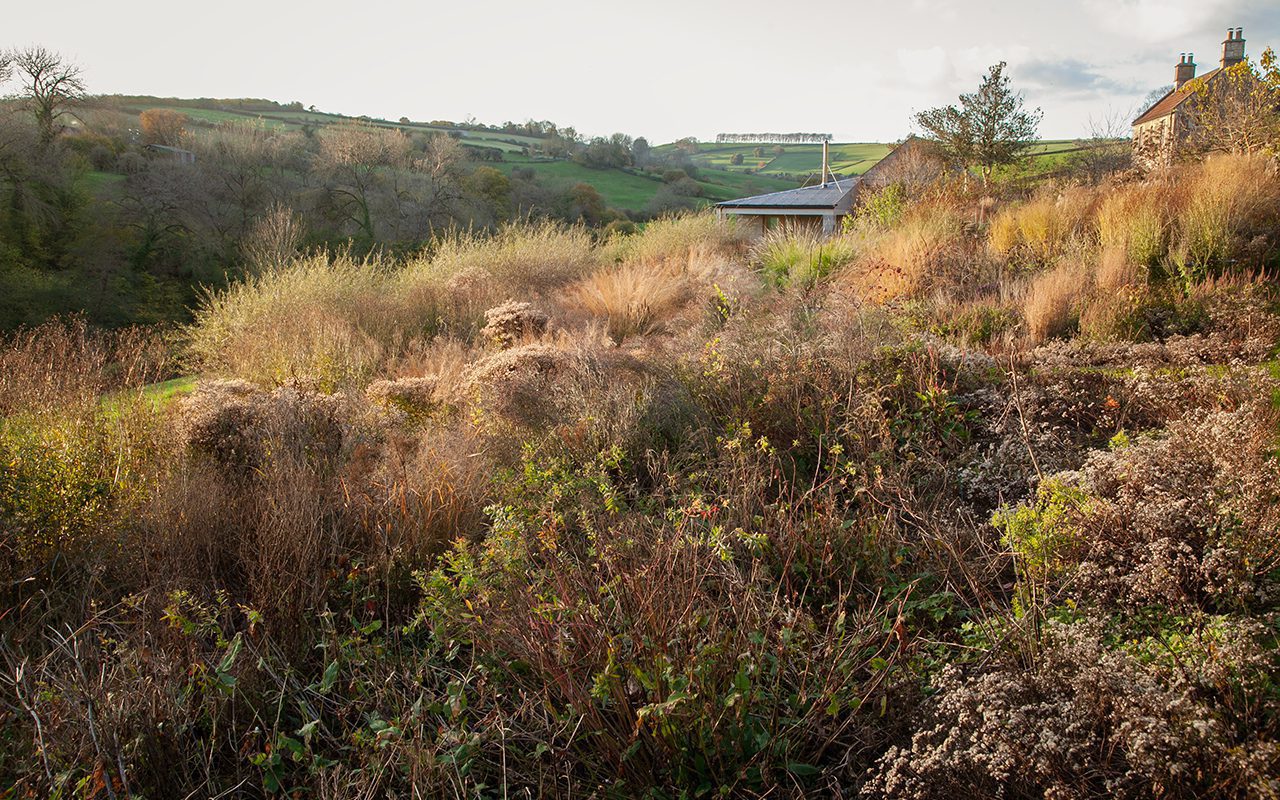 Finally there is a chill in the air after weeks of warmth, with grass still growing and meals eaten outside when it really should be time to be in. I have been keeping a close eye on the forecast, but a frost has eluded us so far and the garden has continued on. The nasturtiums, which are the litmus test to freeze, are sprawled further than ever across the paths in the vegetable garden, their growth unchecked and now unseasonally green in contrast to the pull of dark nights and dormancy.

Watching closely, I have been gently preparing for the winter. To be ready for it when it finally comes. Some of the tasks have felt premature and preparing the gunnera to tent their crowns with their own leaves is usually a task that happens immediately after a frost in early November. By then they are wilted enough to have lost their presence, but this year I waded in to dismember them whilst they were still entire. Working amongst their vast canopies, cutting through stems heavy with sap and the rasp of leaves not yet diminished in power by a freeze. It was a good day, but one that felt out of kilter with what we expect of November.

The pelargoniums have been moved down to the veranda, as a first step towards frost free shelter. I feel sorry for them once they are brought into the captivity of the Milking Barn and encouraged into semi-dormancy with diminished water. Leaves dropping to the floor in protest, but resilient to an imposed and necessary order. Next weekend, because I would not risk losing the brugmansia to the inevitable freeze, it will be given more drastic treatment. Cut back hard to its woody frame, this elderly companion will be hauled into the potting shed to go the winter without fear of freezing. The plant has undergone such drastic action for the last thirty years and its sturdy root system can cope and regenerates every spring, but if we had a greenhouse (and one day we will), my tender perennials will be allowed to live out the winter in leaf, and happier for the comparative luxury.

Ambitious as we are to keep a practical garden, I am prepared to bend the rules to grow a number of tender perennials.  The species dahlias, for instance, are left in the ground and mulched with a deep layer of compost to save the labour of lifting them. The agapanthus and Jasminum grandiflorum, that are not entirely hardy, are decamped into the open barn and kept on the dry side to avoid the lethal combination of wet and cold together. If it does freeze hard, I throw sacking over the pots, but am mindful to check them regularly in case mice set up home there and decide to start feasting.

In a garden that is mostly left now for its winter skeletons and natural cycles of decay, we make exception for the wintergreen bulbs, clearing around them to assist their photosynthesis or finding a place where they can take in the light without competition. Their countermovement to the gathering tide of winter is worth making room for, for the months ahead when we simply need to see growth and fresh green. The glossy foliage of colchicum in winter sunshine and Arum creticum and Anemone pavonina, which do their growing in winter in preparation for early flower. We find them a home somewhere close to a path, where they get the light they need and we the optimism of their push against a landscape preparing itself for sleep.