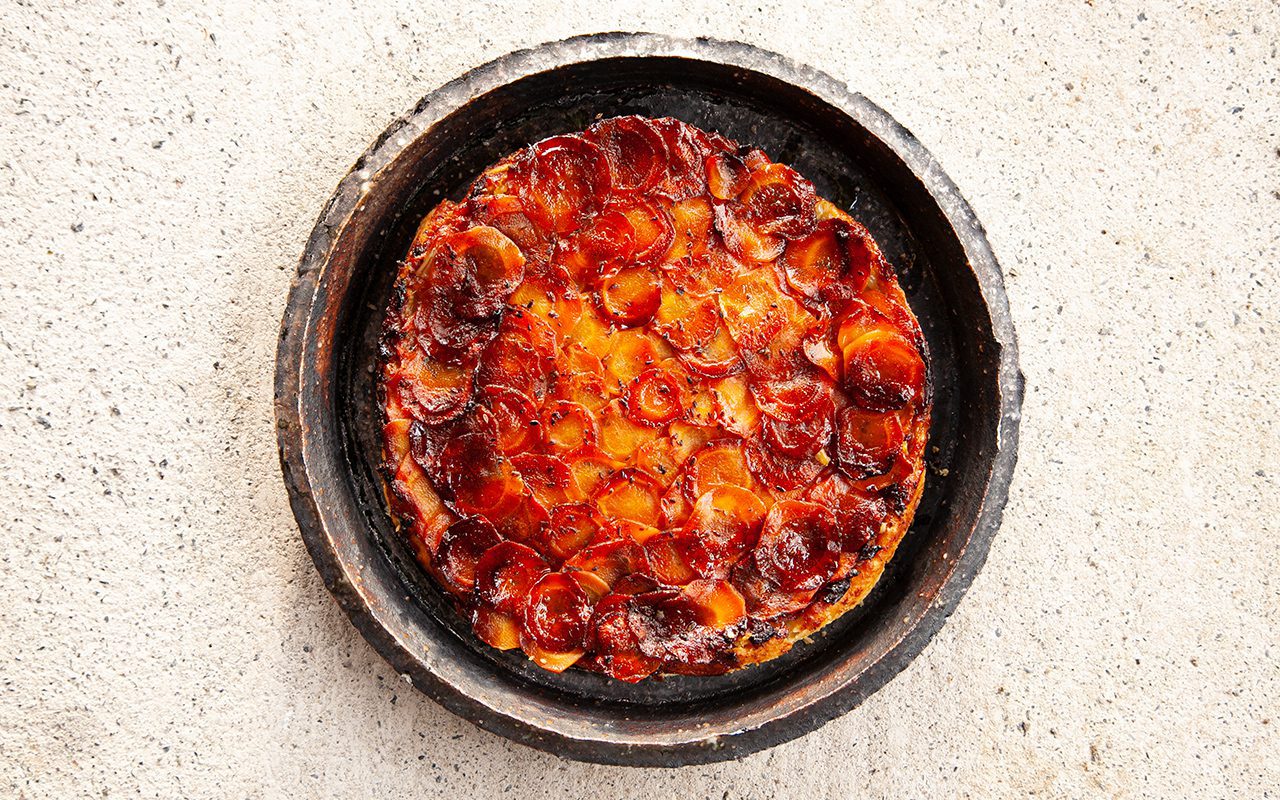 We’ve been clearing the beds in the vegetable garden over the past few weekends, with the aim of getting as many of them manured this side of Christmas as possible. The withered climbing beans have been slipped from their hazel supports, the last dried beans in their parchment pods saved for sowing next year. The spiny skeletons of courgettes pulled from the ground with gloved hands, their almost non-existent root systems making me wonder how on earth they get so huge and produce such an endless succession of water-swollen fruits. And the ghostly grove of rustling sweetcorn, which was left standing for as long as possible, because its coarse whisper brought such a strong Halloween atmosphere to the fading kitchen garden, was finally felled. All were thrown onto the compost heap to complete their life cycles. No longer providing food for us, but now offering shelter and sustenance to a slew of other creatures, both visible and invisible. In the coming year the resulting compost will be spread on the beds to improve and feed the soil producing next season’s harvest and so it will feed us once more in another chain of the cycle.

Along with the spent crops there have also been roots to lift and store. Primarily beetroots and carrots, although most years we also have turnips. We lift these now and store them in the barn in paper sacks alongside the potatoes. If left in the ground we have found that the beets are damaged by slugs which then invites rot, while the carrots are prey to wireworm, which renders them inedible.

Both beets and carrots are unassuming vegetables that go quite unremarked when in growth, quietly getting on with it, needing very little attention and dependably there when needed. I sow both successionally from late March or early April, with the carrots benefitting from cloches or a layer of fleece to aid germination. These first carrot sowings are of the early, sweet varieties ‘Chantenay’ and ‘Paris Market’. The former is the small, conical variety well known for its flavour, best boiled and served with lashings of butter and finely chopped chervil or mint. The latter, also well flavoured, forms spherical roots about the size of a ping pong ball and are good for heavy soil, which doesn’t favour the long-rooted varieties. These are followed by larger main crop varieties sown at intervals of about a month, in April, May and June. I like to have a good mix of coloured carrots, both because they look good on the plate and also because each has a slightly different flavour. Orange ‘Lisse de Meaux’, a particularly good keeper, yellow ‘Jaune Obtuse de Doubs’ with a blunt tip that means they don’t snap off when being dug, the deep red ‘Mr. James’ Scarlet Intermediate’ and ‘Pastenaga Negra’, which is purple with an orange centre. The seed comes from either The Real Seed Company or Thomas Etty. I also usually sow a couple of rows of ‘Rainbow Mix’ which adds white and saffron carrots to the combination. As with beetroot you should cook the darker coloured red and purple varieties separately from the paler ones as the colour bleeds.

Being so commonplace I had expected them to be a doddle to grow, but I haven’t found carrots to be the easiest of crops here. Through trial, error and reading I have learned to be fastidious about providing the fine tilth the small seeds require and to sow close to the surface. However, germination is still extremely patchy. Because they are so slow to germinate, this often does not become apparent for several weeks, by which time it is too late to resow to fill the gaps so you end up with infuriatingly partial rows. I have tried broadcasting the seed in panels as recommended by Joy Larkcom, but this has made no difference. So now I sow in shallow drills much more heavily than is recommended, since the patchy germination acts a form of self-thinning. Although there is still the chance of bad performance or risk of overcrowding our carrot harvests are becoming more dependable. We have not yet, fingers crossed, been subject to awful carrot root fly and so once sown they need very little attention. Thinning is done once, when the roots are small but worth eating. The roots left in the ground are heavily watered afterwards to settle the soil and encourage rapid growth. Over the years, as the beds have been annually conditioned with manure and compost, the soil has also become more friable and whereas in the early days here the roots were often short, forked or deformed, they now grow more deeply and straighter with ease.

I seldom consider a carrot alone. With onions and celery they are one of the mainstays of the kitchen here, forming a soffritto most days which is the basis of soups, stews, casseroles and curries, but unless simply boiled in summer or made into soup in winter, they are seldom the main ingredient. When freshly dug though they demand to be appreciated, particularly on these shortening days and lengthening nights, when their inherent sweetness, savoury depth and orange glow bring warmth and zing to the autumn table. I lifted the last bulb of fennel today to make way for the garlic. It’s aniseed sweetness goes so well with carrots, both raw and cooked, that this tart came together as a way of using them both, before the remaining carrots are tucked up in their sack and put away in the barn until needed. Making pastry from scratch may seem like a faff, but this rough puff comes together in around fifteen minutes, including the time required for rolling and folding and repays the small effort in flavour and good feeling. Wrapped, it will keep in the fridge overnight, if required. However, if you don’t have the time, use a 300g pack of all-butter puff pastry.

You will need a heavy-bottomed cast iron skillet or frying pan around 30cm in diameter.

To make the pastry sift the flour into a large bowl. Coarsely grate the butter into the flour using the coarse side of a box grater. Use a sharp knife to quickly mix the two together so that the butter is coated in flour. Sprinkle over the vinegar and six teaspoons of water. Use the knife to quickly incorporate the liquid. Keep adding the water two tablespoons at a time until the mixture becomes shaggy and starts to come together of its own accord. You may not need all of the water. Lightly bring the dough together with your fingers.

Lightly flour a work surface. Rolling in only one direction, quickly roll the dough out into a rectangle approximately 30cm by 20cm with the short side towards you. Between rolls use the edges of your hands to keep the edges roughly square. Fold the top third of the dough over and then fold the bottom third up over this to form a neat parcel. Rotate the dough 90 degrees and roll out again to a rectangle the same size. Repeat the folding by thirds. Rotate once more. Roll out again and repeat the folding. Wrap the dough in a tea towel and put into the fridge for at least thirty minutes.

Put the honey and vinegar into a small pan over a high heat and bring to the boil. It will foam madly for a minute, but will then subside and start to caramelise. Boil for around two to three minutes until darker in colour and thickened. Take off the heat and add the crushed fennel seeds and miso, if using. Stir well. Immediately pour the mixture into the cast iron skillet. Use the back of a metal spoon dipped in cold water to spread it evenly over the base of the pan. Work quickly as it will thicken as it cools.

Peel the carrots and slice with a very sharp knife or mandolin into rounds about 2mm thick. Put into a saucepan and pour over a kettle of boiling water. Put the lid on the pan and leave to stand for 5 minutes. Drain the carrots – the carrot water can be retained for stock – and shake the pan to allow any remaining water to evaporate as steam.

Once the carrots are cool, arrange them slightly overlapping on top of the honey caramel. There should be enough carrot for two layers. Put the skillet on a medium heat and cook for two to three minutes until bubbling and starting to colour at the edges. Remove from the heat.

Over a medium heat melt the butter in the pan you made the caramel in. Add the onions with a large pinch of salt and sauté with the lid on for about five minutes. Stir from time to time. Add the fennel and continue to sweat with the lid on for another ten to fifteen minutes until both are soft and fragrant. Spread this mixture evenly over the carrots.

Remove the pastry from the fridge and roll out on a lightly floured surface into a circle just larger than the skillet or pan. Dust any excess flour from the back of the dough and then lay it over the carrots and fennel, gently pressing it into the corners of the pan. Make several small slits in the pastry and then put the skillet immediately into the hot oven.

Cook for thirty to forty minutes, until the pastry in nicely browned and the juices around the edges of the pan are bubbling and brown.

Remove from the oven and allow to stand for a couple of minutes. Then very carefully invert the hot pan over a serving plate and turn out the tart. Rescue and rearrange any pieces of carrot that have become stuck to the pan.

The sweetness of the carrots is balanced particularly well by the contrast of bitter greens. A crisp salad of trevisse or radicchio, oven roasted or braised chicory. It pairs very well with a crumbly white cheese like Caerphilly, Wensleydale or Cheshire.