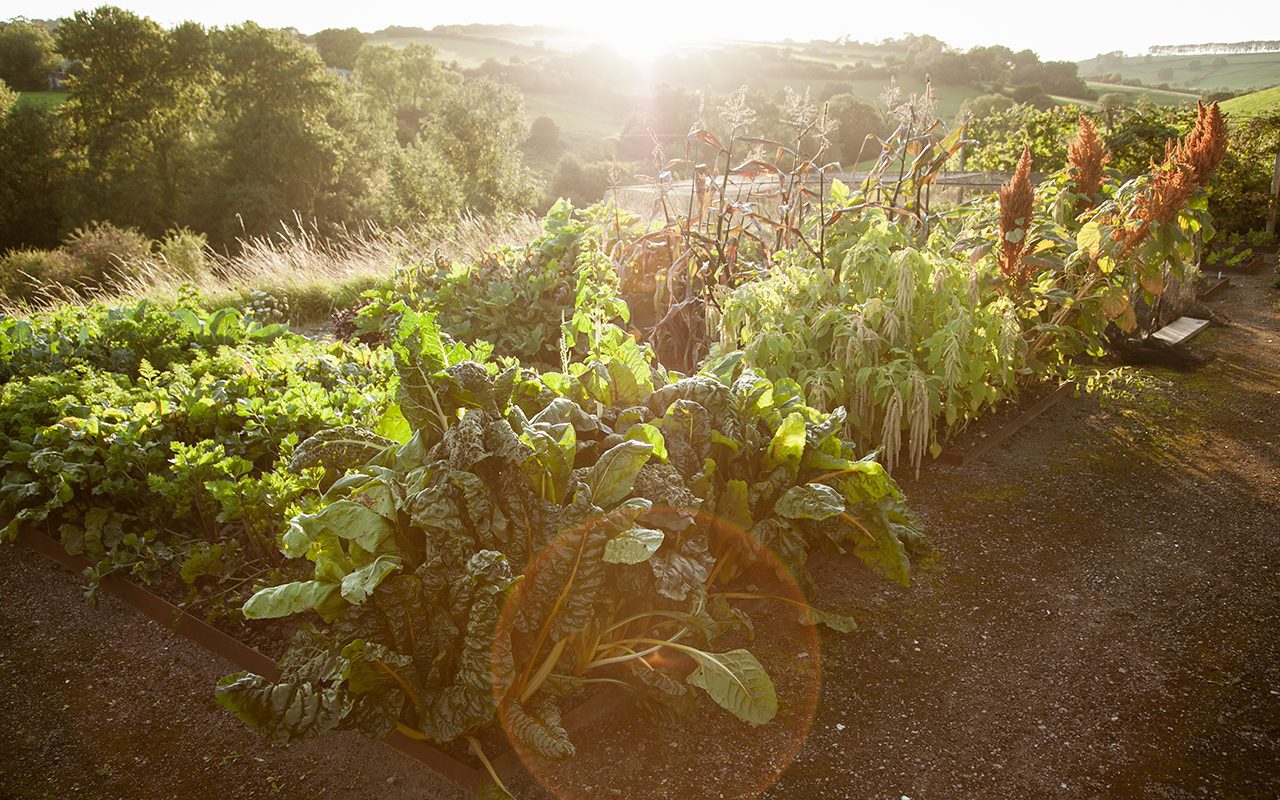 We have been inundated. A vegetable garden with courgettes running to marrows and tripods of beans hanging heavy and outwitting our best made plans to stagger the crop with three weeks between sowings. The beetroots have ballooned to the size of cricket balls and the chard is straining over the path as if to say “eat me”. Wet weather and warmth in August has put a surge of aromatic growth on the basil and, now that September is cooling, there is pesto to be made if we are to reap the benefits.

Harvesting in August could easily take two days a week and the same again in preparing the pickings for pickling, jam, bottling and freezing. These are good times and in the past we would have pulled together and made an event of it to make light of the workload. Next year we plan to do exactly this at the time of critical mass and set up an industrious production line with friends who are good at picking and friends who are good at preserving. A weekend or two spread over the month will help to manage the glut and people will go home with something to mark their efforts and a memory of the times of plenty for the winter.

Beyond the kitchen garden (and the distraction of beckoning autumn raspberries) and through the gates to the slopes that lie beyond, is the orchard. Planting these trees was my first move after arriving here and they are now in their eighth summer and weighed down with fruit. The apples are yet to come, but the plums have been demanding to keep up with and we find it impossible not to be bothered by the inevitable waste. Yes, of course the excess never goes to waste, the evidence of rodent nibbling and flurries of birds that rise from the windfalls beneath the trees are proof. Working from the ladder up amongst the branches and you find the wasps also gorging and beating you to it if you are not fast enough. The plums ripen over the course of a week, each tree at a slightly different time and with some overlapping.

The gages came first this year and I can say now that I would be happy having nothing but gages. We have four in the plum orchard. This year ‘Bryanston Gage’, ‘Cambridge Gage’ and ‘Early Transparent’ were all productive. They are all superior to the other plums for being aromatic and naturally sweet but ‘Bryanston Gage’ is perhaps the most delicious. As good as apricots and, with the sun in the fruit, warm in your mouth. Morning and evening are the best times to pick. You will be ahead of the wasps when the fruit is still cool with dew, but just before sundown is also a good moment for the fruits are sun warmed and the wasps are early to bed.

I am beginning to doubt whether it was a good idea to have planted pears in the orchard. There are five trees and I can see they will make a good-looking contribution, but the fruits of pears are notorious for dropping just before they ripen and then bruising by the time they are ready to eat. In the kitchen garden we have five cordons grown against the south-facing wall that backdrops the garden and, in terms of convenience, they have proven themselves. The espaliers make picking easy and, as the pears tend to come all at once or over the course of a week, the amount of fruit you have is manageable compared to the orchard trees.

We have five varieties that stagger the cropping over the course of six weeks or so to keep us in pears for the autumn. ‘Beth’ is our first to drop, although we have just eaten the last. I now grow a soft bed of Erigeron under each cordon to act as a cushion for the fruit but, once they start to fall, you need to get out there daily if the mice – and possibly larger rodents – are not to get there first. Although I like the crunch of a nearly ripe pear, two to three days on a shelf sees ‘Beth’ colour to a soft yellow and the fruit ripen to sweet and melting perfection.

Down by the stream we have seven varieties of cobs and filberts; ‘Webb’s Prize’, ‘Gunslebert’, ‘Kentish Cob’, ‘Cosford Cob’, ‘White Filbert’, ‘Pearson’s Prolific’ and ‘Butler’. The trees are in their seventh year and cropping heavily now. This year we have beaten the squirrels who discovered them a couple of years after they started fruiting. St. Philibert of Jumièges, after whom filberts are named, has a feast day on August 20th and from about that time you have to be vigilant. We have learned to pick them early if we are not to lose the entire crop whilst we’re not looking. We put them in a single layer in perforated plant trays to allow plenty of air to circulate and ripen them up in the open barn out of reach of the mice. Sharing what you must leave behind due to the sheer volume of the harvest is one thing, but sharing your hard earned fruits is quite another.