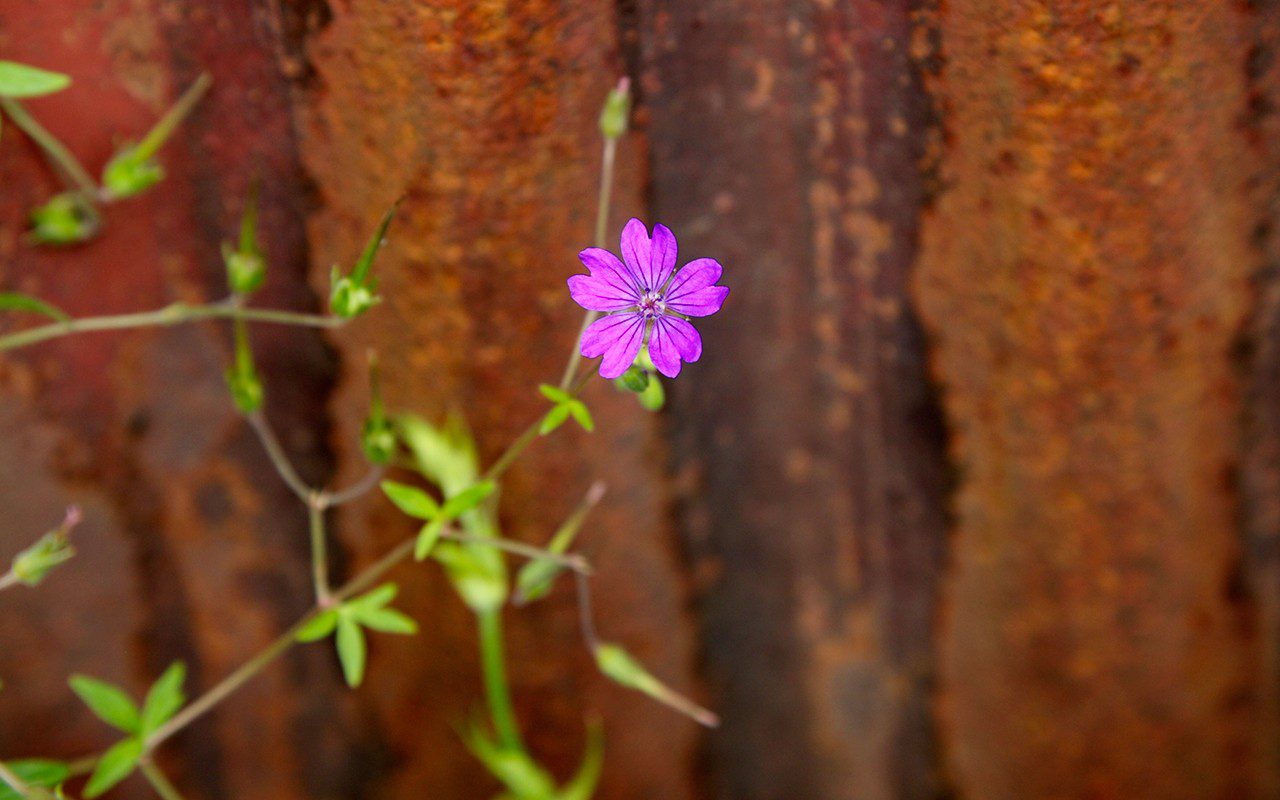 When my friend Anna gave me a seedling of ‘Bill Wallis’ a few years ago she said, “You may hate me for giving you that !”. I had admired it seeding about in the gravel that wrapped her house and thought it’s willingness to perform would be good in the rubbly ground at the base of the tin barns. In the early summer, we see Geranium pyrenaicum (Hedgerow or Mountain Cranesbill) clambering up into the cow parsley where it smatters  the fresh June greenery with pinpricks of the brightest magenta. 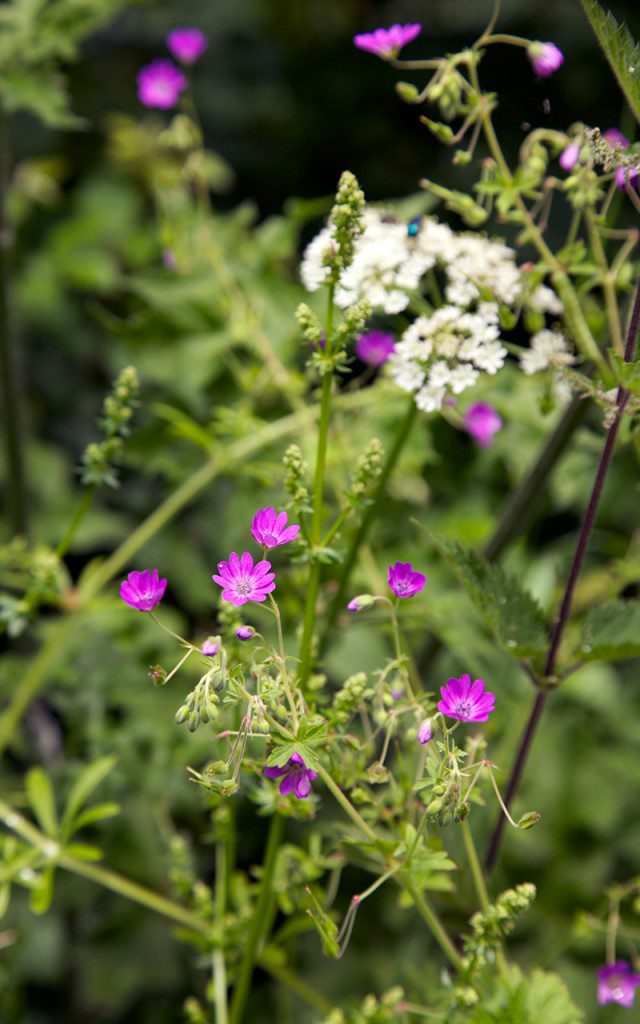 Now so common in southern England that it is considered a native, this geranium was not recorded in the wild in Britain until 1762. As the verges grow out we seem to lose sight of it, but not ‘Bill Wallis’.

Bill Wallis was a passionate plantsman who set up The Useful Plant Company after his retirement in 1979. He chanced upon the original seedling (with flowers of a more electric violet than the wildling’s pinker hue) in a neighbour’s garden, and it was named after him by Joe Sharman of Monksilver Nursery, who propagated the cultivar and launched it at the Chelsea Flower Show.

The earliest flowers, which appear in April, are only about the size of a halfpenny but, by the solstice, they have massed in number clambering through their neighbours to pepper them with colour. A low basal rosette is the origin of this energy and, some time late in June, it is wise to cut them to the base and let them start again. The plentiful seed, like that of all cranesbills, is catapulted far and wide, and it is prudent to diminish the number of volunteers if you find that it likes you. Regrowth brings with it fresh foliage and new flower for the latter half of summer and the seedlings that have got a foothold are easily weeded out when they are young. 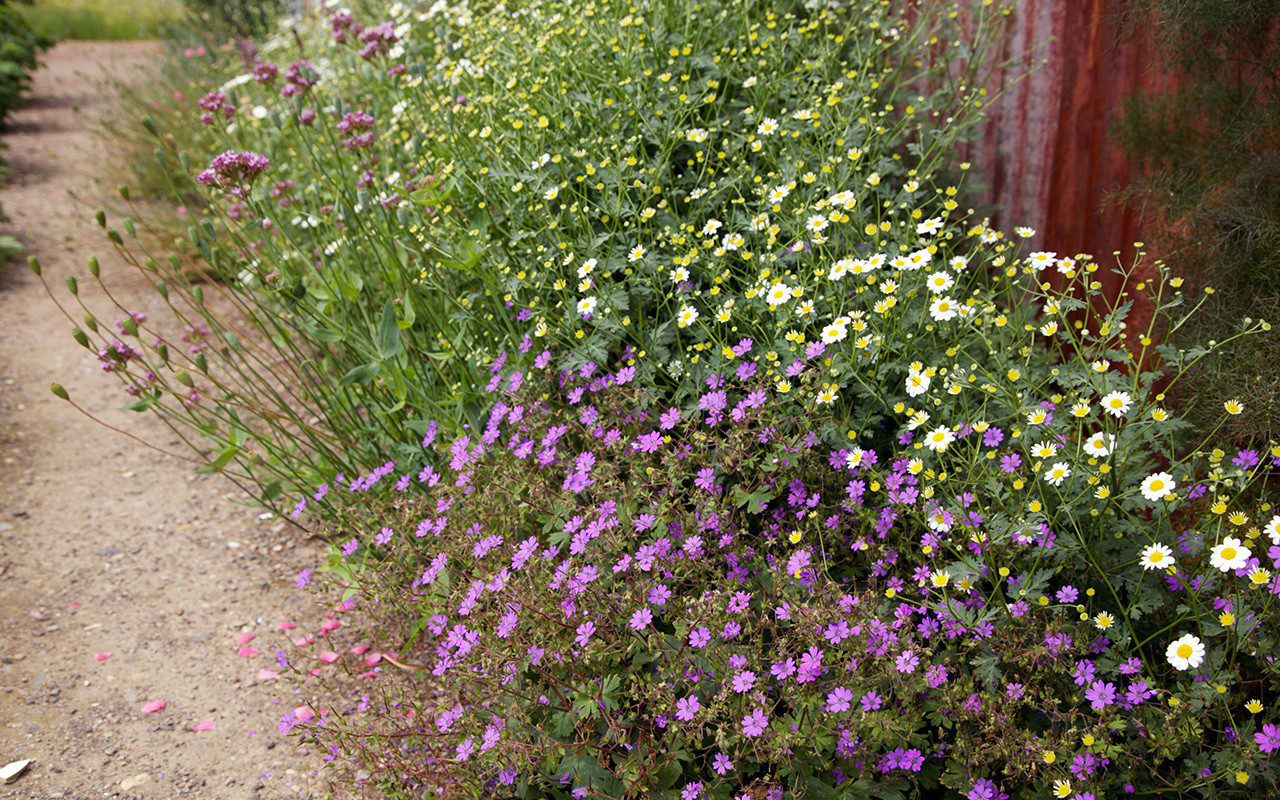 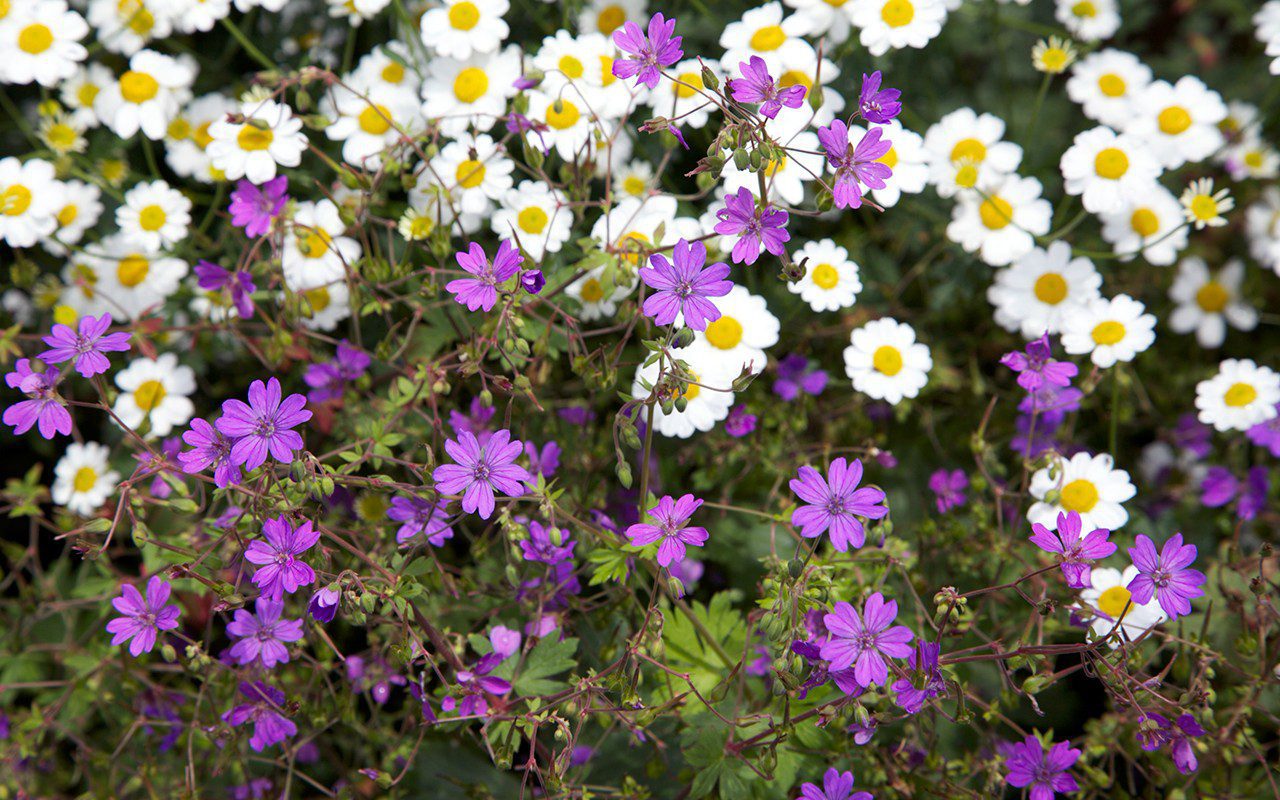 ‘Bill Wallis’ seems happy out in bright sunshine, but you get a little more out of it, and the colour is more luminous, when grown in a little shade, as if on a verge or popping out from beneath a hedge. It is not averse to dry ground, so for now I have it growing up into the limbs of white tree lupin and Tanacetum niveum, where it spills out to soften the edges of the path. Competing for the open ground with Papaver rupifragum, Erigeron karvinskianus and Matthiola perennis ‘Alba’ these self-seeding pioneers provide me with chance combinations that I can then call my own. We will see where it ends up next year.

I may find that, in time, I will concur with Anna’s warning, but for now I am prepared to manage its spontaneity. Such is the joy of a plant that has a mind of its own. 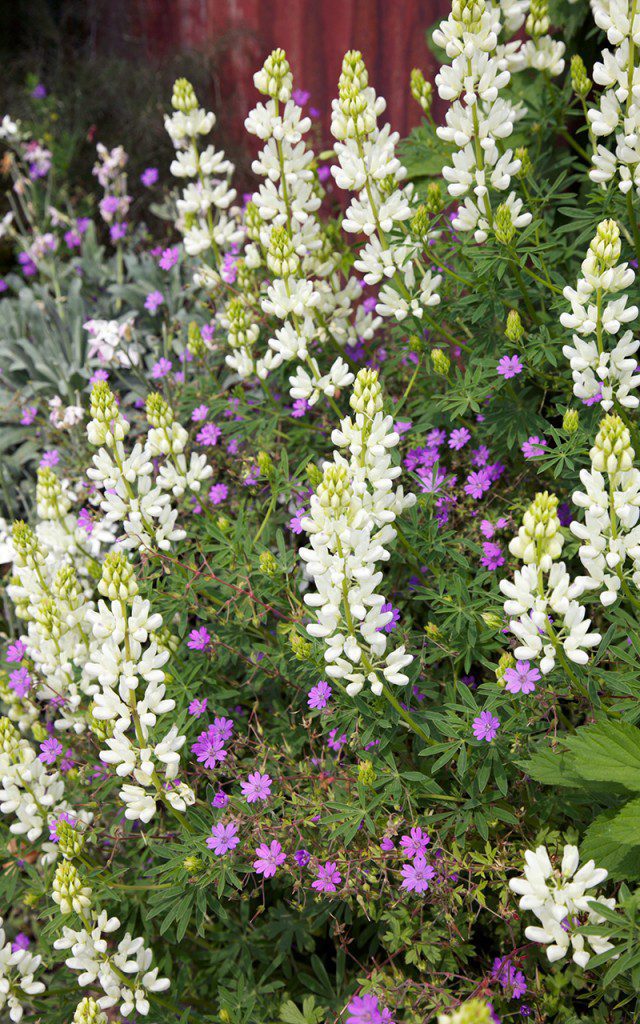